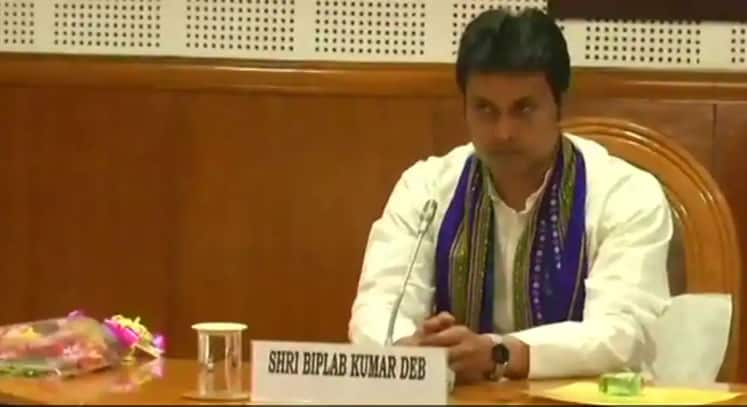 New Delhi: The war within the Tripura BJP reached the doorsteps of the party`s national president J P Nadda on Monday. A group of disgruntled MLAs from the state made a futile attempt to meet Nadda at the party headquarters.

Party sources stated that the BJP refused to give the MLAs time and cited the leader`s preoccupation with Bihar Assembly polls as the reason.

Sources also stated that Sudip Roy Barman had met BL Santhosh, national general secretary (organisation), and got assurance that the matter will be resolved.

It is learnt that the party`s state in-charge Sunil Deodhar has also refused to entertain the disgruntled elements within the unit.

Sources familiar with the matter said that Deodhar too hasn`t given any time to the disgruntled MLAs which had left them with no choice but to reach the doorsteps of the national president.

BJP Tripura chief Manik Saha told ANI he doesn`t even know what problem these MLAs have with the CM.

“Our working is such that grievances have to be addressed within the state and not by the central leadership. We will think of action against them if they harm the party,” said the BJP Tripura chief.

Party sources stated that a section of the Tripura BJP is unhappy with the style of functioning of Chief Minister Biplab Deb and wanted to make their concerns known to the central leadership.

The party MLAs are in the national capital to register their grievances against the chief minister with a demand for his removal.

BJP had stormed to power in the State after dethroning the communist government of Manik Sarkar in the 2018 State Assembly polls. BJP has 36 MLAs in the 60 members Tripura Assembly.

The disgruntled MLAs from Tripura who had landed in the national capital recently are planning to stay a little longer, informed one of the MLAs. “We will try to meet the leadership,” he added.