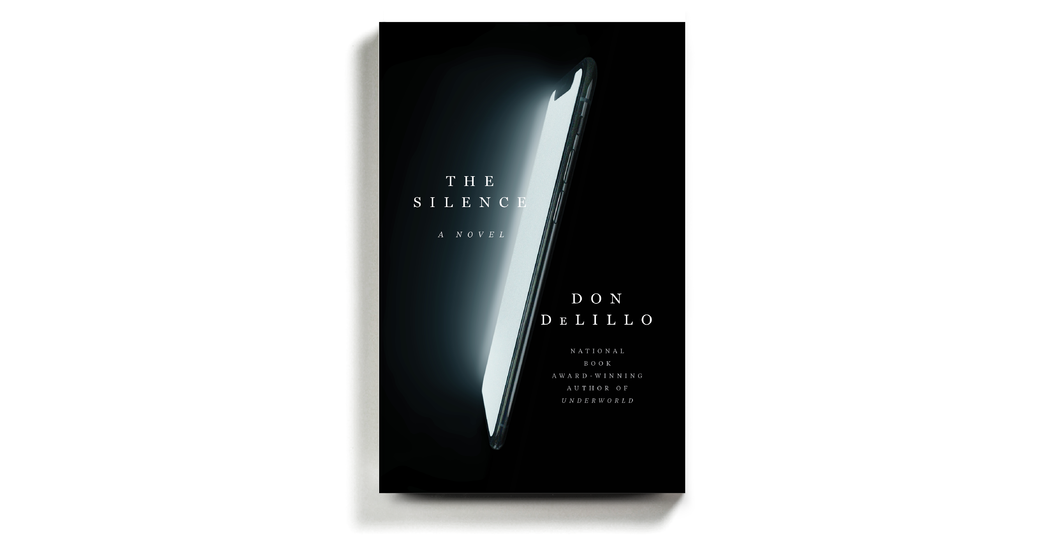 One day in the aughts, a colleague at The New York Times Book Review, D.J.R. Bruckner, known to all as Don, wandered over to my cubicle. Don was very tall, slightly stooped, had enormous hands and feet, and had been on Nixon’s enemies list. He was visibly shaking. He pointed to his right. “If I have to read one more 2,000-word review of a John Updike book,” he said, “I am going to throw myself out that window.” I’ve omitted his obscenities.

Don DeLillo, unlike Updike, has not stupefied us with literary overproduction. His slim new novel, “The Silence,” is his 17th since his first, “Americana,” appeared nearly 50 years ago. But about him I feel a bit of what my former colleague felt about Updike: I have a curious disinterest in reading (or conjuring) another searching think piece about his oeuvre. I’m writing this away from my own window.

It’s hardly that DeLillo isn’t worthy of scrutiny. He is our laureate of paranoia and dread, a man who fully tapped into the mood of his age, as vital at his peak as any writer alive. It’s a plum assignment to review him, and critics (and novelists moonlighting as critics) get revved up to do so. Everyone yearns to fire the big guns, the way every actor yearns to play Hamlet. The very ambitious reviews blend in my mind.

Because I don’t want to read another of those reviews, I’m going to try not to write one. Perhaps I can pretend we’re sitting at a bar, you and I, a socially distanced six feet apart, somewhere outside on the patio. We can leave the big wind-up outside, like a Great Dane we’ve briefly chained to the bicycle stand. Would that be (taps microphone) OK?

DeLillo’s new one is a pristine disaster novel with apocalyptic overtones. It’s a Stephen King novel scored by Philip Glass instead of Chuck Berry. A plane from Paris to Newark crash-lands. Two of the main characters are on this flight, and they survive. Power grids have gone down all over the world. Aliens? The Chinese? The Joker? QAnon?

DeLillo, who released a chemical “airborne toxic event” in “White Noise” (1985), is an old hand at scenarios of this sort. With the electricity cut, one man comments, in lines that could have appeared in nearly any of DeLillo’s books: “The semi-darkness. It’s somewhere in the mass mind. The pause, the sense of having experienced this before. Some kind of natural breakdown or foreign intrusion. A cautionary sense that we inherit from our grandparents or great-grandparents or back beyond. People in the grip of serious threat.”

“The Silence” is set slightly in the future, on Super Bowl Sunday 2022. Gamblers take note: DeLillo predicts the Titans will play the Seahawks. Two wealthy couples, old friends, plan to gather to watch the game on a super-screen television in a Manhattan apartment.

The good news about “The Silence” is that it’s engrossing and that, at 83, DeLillo’s syntax is as prickly as ever. I’m as attracted as anyone else to stories of doomed airplane flights and intimations of the end of the world, and DeLillo mostly held me rapt. I was never sorry to be holding this novel.

The bad news, in addition to a certain amount of black-box, black turtleneck pretentiousness that is a hallmark of late-career DeLillo, is that “The Silence” reads like the first two chapters of a disaster novel. At 117 pages, it’s over before it gets started. It’s as if a filmmaker put two couples inside a remote old farmhouse for the weekend, cut the power, cued the dogs of hell and then rolled the credits.

“Half the world is redoing its kitchens, the other half is starving,” DeLillo wrote in “Zero K” (2016). The characters here are on the kitchen-redoing side of life. The football game is a forum for DeLillo to approach a familiar topic: the vagaries of mass consumption.

The game is played at what one character calls the Benzedrex Nasal Decongestant Memorial Coliseum. Diane, a physicist, says about her husband: “Max doesn’t stop watching. He becomes a consumer who had no intention of buying something. One hundred commercials in the next three or four hours.”

Diane and Max are awaiting the arrival of Jim and Tessa, inbound from Paris. Their flight loses power in midair, the way William Hurt’s plane did, spookily, after the crash of a rogue nuclear satellite in Wim Wenders’s “Until the End of the World.”

Until the crash-landing, DeLillo is an urbane observer of the rituals of flight. Jim and Tessa sit in first class and discuss the pronunciation of the word “scone.” He writes about the way no one remembers what they say on airplanes. “Much of what the couple said to each other seemed to be a function of some automated process, remarks generated by the nature of airline travel itself.”

DeLillo’s mid-flight commentary put me in mind of a sentence from Elif Batuman’s book “The Possessed”: “Air travel is like death: everything is taken from you.” Jim and Tessa survive their plane’s crash-landing with only minor injuries; they manage to make it through the darkened streets, somewhat implausibly, to the Super Bowl party.

“The Silence” was completed before the arrival of Covid-19, but is a snug psychological fit with our current moment. We are, DeLillo writes, “all escorting each other through the mass insomnia of this inconceivable time.”

When the end of the world arrives, Ian McEwan wrote in “Saturday” (2005), hot showers will be among the first things to vanish. DeLillo writes about what we’d miss most now. “Think of the many millions of blank screens. Try to imagine the disabled phones. What happens to people who live inside their phones?”

What’s happening out there? Sunspots? Bioweapons? Has someone cut the undersea cables? “Dark energy,” DeLillo writes, “phantom waves, hack and counterhack.” The lack of knowledge gives way to fear and paranoia, qualities DeLillo has long baked into his fiction. There are strange harbingers. Awful imaginings are slowly exposed onto the negative plates of his characters’ hearts and minds.

A fifth guest at the Super Bowl party is Martin, a former student of Diane’s. He’s an expert in Einsteinian physics, and he adds another note, a basso cantante, to the doo-wop chorus of alienation. “His universe became ours,” he says of Einstein. “Black holes. The event horizon. The atomic clocks. Seeing the unseeable.”

Martin turns Einstein’s thinking, as if on a spit, between the twin fires of his imagination. This novel’s epigraph comes from Einstein: “I do not know with what weapons World War III will be fought, but World War IV will be fought with sticks and stones.”

“The Silence” is a minor, oddly frictionless DeLillo novel. In terms of his career, it is not waterfall but spray. Posterity will be kind to him, but it will take relatively little note of this production.

The novel performs a kind of disc check of what’s lodged in our own teeming late-night thoughts. Existence is a cursed stock in which we’ve invested, the author suggests. Yet his best writing here reminds us that, as he puts it, and as you and I order another round from our gaitered server, “Life can get so interesting that we forget to be afraid.”