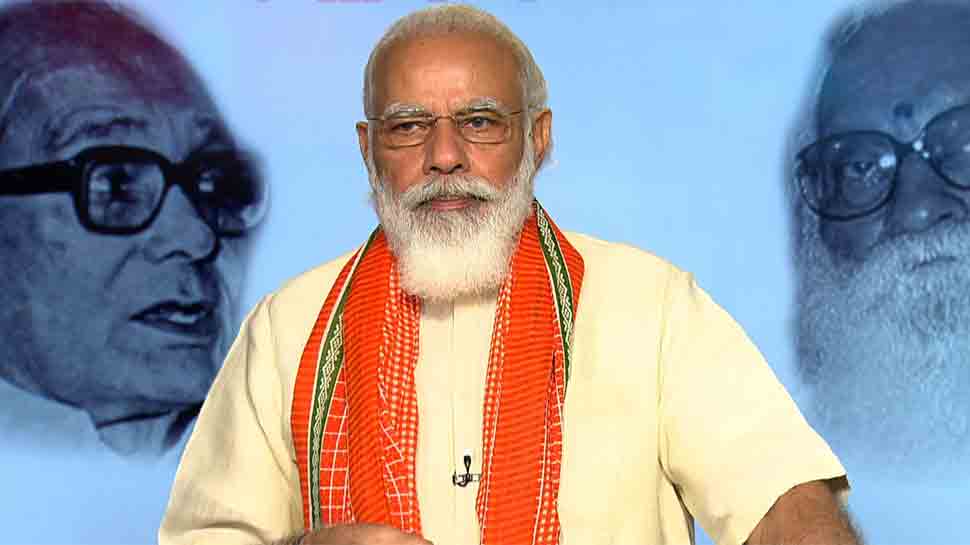 NEW DELHI: Prime Minister Narendra Modi will on Monday (October 12) release a commemorative coin of Rs 100 at a virtual ceremony as part of Vijaya Raje Scindia’s birth centenary celebrations. According to an official release, the special coin, minted by the Ministry of Finance, is being released in celebration of her birth centenary.

Vijaya Raje Scindia was a Jana Sangh leader and one of the founding members of the BJP.

“Family members of Smt. Scindia along with other dignitaries will also join the ceremony from different locations all over the country through a virtual platform,” the release further stated.

PM Narendra Modi also took to Twitter and shared the news writing, “Tomorrow, 12th October is the Jayanti of Rajmata Vijaya Raje Scindia. On this special day, commemorative coin of Rs 100 would be released at 11 AM. This is a part of her birth centenary celebrations and is yet another occasion to pay tributes to her great personality.”

Coming from a royal family, Scindia was one of the major faces of the saffron party and vocal proponent of its core Hindutva issues. She was born on October 12, 1919. Her daughter Vasundhara Raje and grandson Jyotiraditya Scindia are senior BJP leaders.

5 Lessons on Voter Misinformation From Kentucky’s Election in 2019

Stakeholder Capitalism Gets a Report Card. It’s Not Good.

What Happened During Trump’s California Visit? President and Newsom Talk About Fires and Climate...