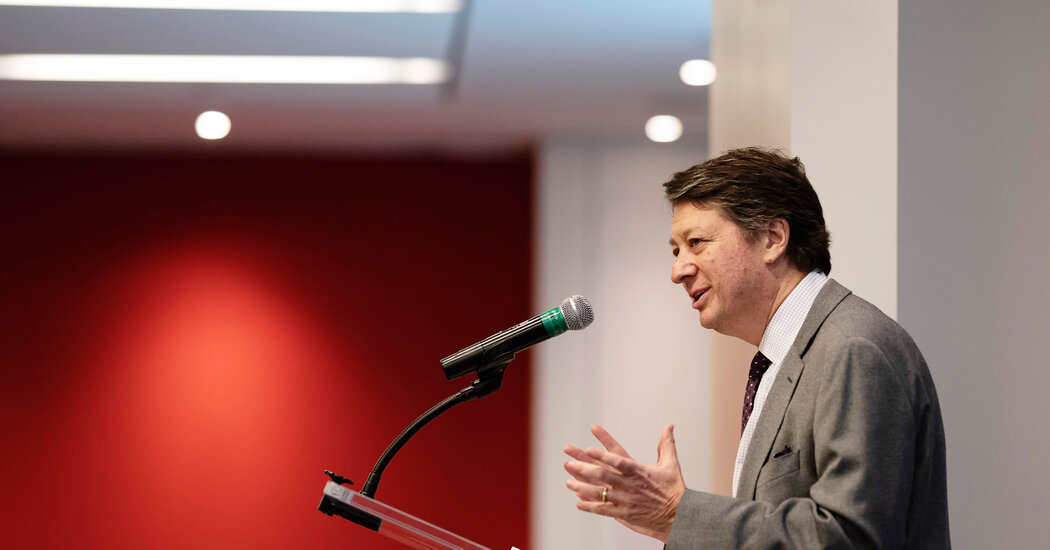 More than three dozen employees at the WNET Group, the parent company of New York’s public television stations, have called for the resignation of the longtime chief executive, Neal Shapiro, saying he had not done enough to improve working conditions for employees, especially those of color.

In an email to the staff on Friday, the Inclusion and Diversity Council, a WNET employee organization formed in 2015, said Mr. Shapiro did not have the “skills or the judgment to lead the company through this pivotal moment in history.”

The council said that 41 current WNET employees and 34 former employees have signed the letter, which was posted on the council’s website. It did not publish the names of those who had signed. (WNET has a work force of 380 people, according to its 2020 Diversity Report, 70 percent of whom identified as white.)

Mr. Shapiro, a former president of NBC News who has led WNET since 2007, replied to the letter on Friday in an email to the staff, saying that “much of what has been written is inaccurate, misleading or out of context.”

“I understand some anonymous signatories are upset that we aren’t moving forward in the exact way they want,” he wrote. “But make no mistake. The WNET Group is spending real resources, making real changes and building a path forward with accountability, transparency and civility.”

Edgar Wachenheim III, an investment banker who has been the chairman of WNET’s board of trustees since 2017, said in a statement that Mr. Shapiro had the board’s support.

Tensions started at WNET, the parent company of New York’s Channel 13 and WLIW Channel 21, as civil rights protests were spreading across the country after the police killing of George Floyd in May. Employees questioned why the company had not issued a statement in support of the Black Lives Matter movement.

On June 1, six days after Mr. Floyd’s death, Mr. Shapiro released a statement on WNET.org. “Racism is a cancer in the soul of this nation,” he wrote. “This has been an agonizing and painful week. Our hearts go out to so many, especially so for our African-American colleagues. At the same time, it is also a reminder of what drew many of us to public media — to help build a more informed country with equal justice for everyone based on understanding and mutual respect.”

In a June 9 letter, the Inclusion and Diversity Council objected to Mr. Shapiro’s likening racism to a cancer. “It is our view that this represents your profound misunderstanding of our nation’s history and its current reality,” the council wrote. “Racism is not an anomaly separate from us, rather, it is woven into the fabric of this country and, in fact, our own institution.”

The Inclusion and Diversity Council said the video displayed “bias in favor of the police,” and WNET removed it. (The video was reviewed by The New York Times.)

On June 18, the company appointed Eugenia Harvey, an executive producer who had joined WNET in 2018, to a new position, chief diversity, equity and inclusion officer. The diversity council criticized the promotion of Ms. Harvey, a Black woman, partly because it had not been consulted before the move.

“Being a Black woman is not enough of a qualification to head diversity at a company like ours,” Titi Oluwo, a representative of the council, said in an interview. “This is a big deal and it was not treated with the proper respect. We had feared that Neal was creating a shield for himself, using a Black woman as a shield.”

Ms. Oluwo added that WNET management had dismissed proposals from the council meant to address workplace discrimination and bias.

In a statement, WNET said: “We have put a plan in place and have made progress toward our diversity, equity and inclusion goals. There is more progress to be made.”

In August, the company said it planned to change the composition of the Inclusion and Diversity Council and rename it the Inclusion Diversity Equity Advisory council. The current council objected, saying the planned changes amounted to “dissolving” the group.

Ms. Harvey objected to that view, saying, “It’s not a dissolution or ‘Forget everything you ever did.’ It’s, ‘Let’s put some structure here, so we can move forward together.’”

At a Sept. 25 meeting, Mr. Shapiro, Ms. Harvey and a consultant provided the Inclusion and Diversity Council with details on the planned changes. In a statement after the meeting, the council said that “this disbanding of the IDC only furthers the mistrust” between employees and WNET leaders.

“We all want the same thing, and change takes time,” Ms. Harvey said. “This is a quarrel over process, if you will.”

Arizona: A Donald Trump Jr. event is full of people and conspiracy theories.

Seeing ‘Black Lives Matter’ Written in Chalk, One City Declares It a Crime