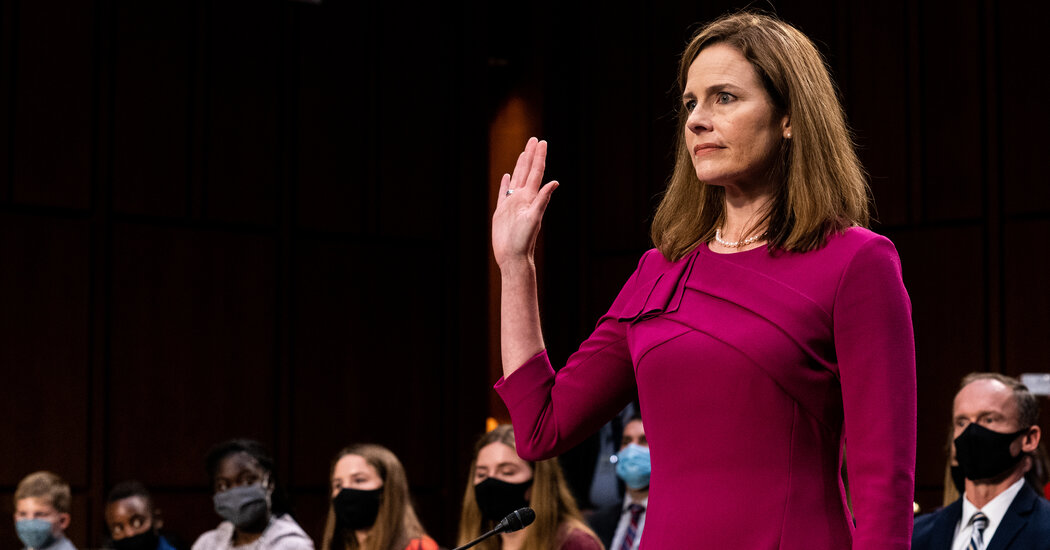 Judge Amy Coney Barrett faces a marathon of questioning today as the Senate Judiciary Committee continues its hearings on her nomination to the Supreme Court.

After a day of contrasting opening statements on Monday, in which Republicans hailed the judge’s credentials and Democrats warned that she would overturn the Affordable Care Act and abortion rights, the 22 senators on the committee have 30 minutes apiece to ask her about her legal views and qualifications. The hearing got underway at 9 a.m. Eastern time.

Republicans, who control the committee and the Senate, are rushing to confirm Judge Barrett before Election Day, an outcome that would likely steer the court to the right for years. Democrats have assailed President Trump’s nomination of Judge Barrett and the Republicans’ fast-tracking of her confirmation as an illegitimate power grab in the last days before the election.

At Monday’s hearing, Republicans steered clear of addressing Judge Barrett’s anticipated effect on the court, instead promoting her sterling qualifications and accusing Democrats of unjustly attacking her because of her Catholic faith, even though they made no mention of it on Monday.

Judge Barrett, a former Notre Dame law professor, appeals court judge and mother of seven, sat in silence for much of the day; her expressions were rendered unreadable by a plain black mask she had donned in accordance with the Senate Judiciary Committee’s coronavirus protocol. When it was her turn to speak, she tried to avoid being pulled into the political or policy fray.

“Courts are not designed to solve every problem or right every wrong in our public life,” Judge Barrett said. “The policy decisions and value judgments of government must be made by the political branches elected by and accountable to the people. The public should not expect courts to do so, and courts should not try.”

How to Dig Up Family History Online