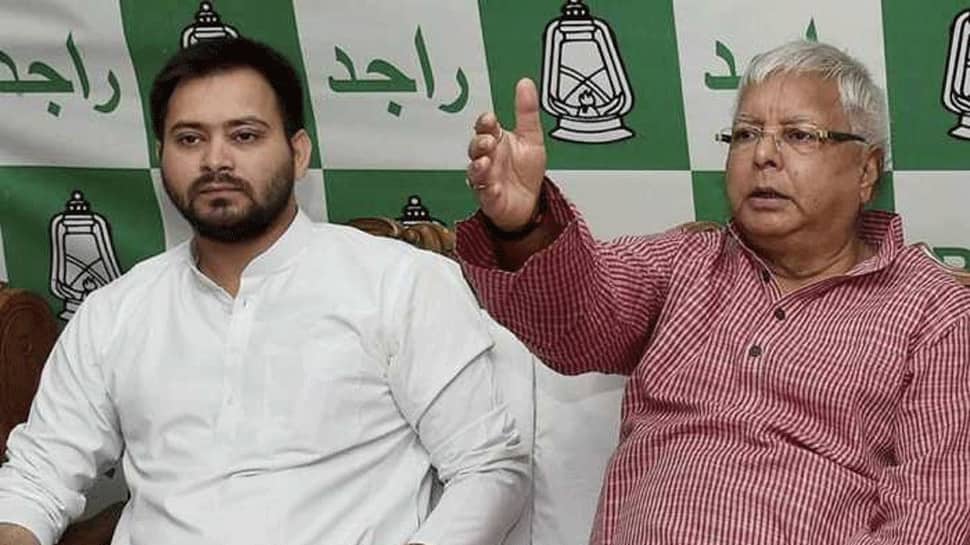 Patna: Before kickstarting the RJD’s campaign for the Bihar Assembly elections 2020, party leader Tejashwi Yadav said that the Rashtriya Janata Dal will miss its Supremo Lalu Prasad Yadav`s presence and ability to raise the cadre’s spirit.

Tejashwi told ANI that although his father will not be a part of the campaign, he fully understands its importance and has, therefore, asked all leaders to devote their time and attention to ensure victory.

“Well, of course, we are going to miss Laluji. Not only all of us in the party but the people of Bihar as well. People placed their trust on him and the RJD in the last election and it is because of him that we emerged as the single largest party in the Bihar Assembly. He set the path that we all are walking on. He fully understands the importance of these elections for the people of Bihar and has asked us to work hard and give it our best,” said Tejashwi as reported by ANI.

To ensure that the party starts the election campaign with full energy, Tejashwi shared Lalu Yadav’s message to party workers and said, “He has asked us to raise the people`s voice and stand by them. He has asked us to reach out to people in these difficult times and reassure them that things will change for the better in the coming months. We are going to miss his presence, his energy, and his ability to raise spirits amidst adversity.”

Notably, Lalu Prasad Yadav recently got bail from the Jharkhand High Court in connection with the Chaibasa Treasury case related to the fodder scam. However, this would be the first time Lalu would not be able to take part in the campaigning in three decades as another case is still pending before the court.

Tejaswi expressed the hope that his father will be released in time to take part in the oath-taking ceremony, following a victory for the RJD-led “Mahagathbandan” (Grand Alliance) in the forthcoming polls.

Yadav was earlier shifted to the residence of the Director of the Rajendra Institute of Medical Sciences (RIMS) hospital in Ranchi, where he had been admitted for months owing to poor health, to prevent exposure to the COVID-19 virus.

Bihar will go to polls on 243-seat in three phases. Voting will be conducted on October 28, November 3 and November 7 and the results will be out on November 10.