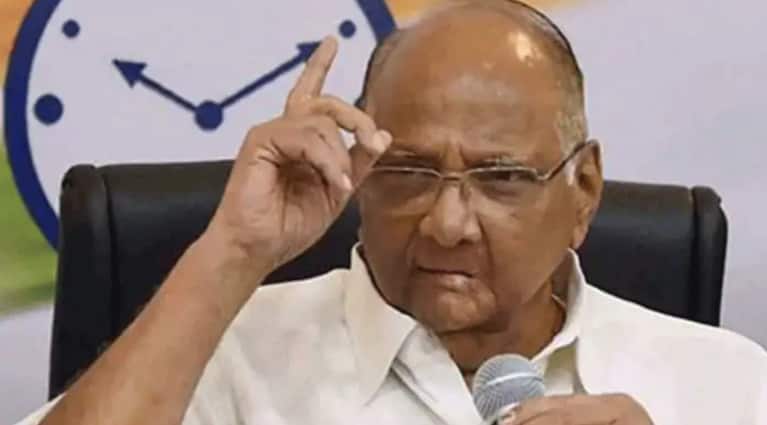 Mumbai: NCP chief Sharad Pawar on Tuesday (October 13) expressed shock over the kind of language used by Maharashtra Governor Bhagat Singh Koshyari in a letter to Chief Minister Uddhav Thackeray over reopening places of worship amid the COVID-19 pandemic.

Writing a letter to Prime Minister Narendra Modi, NCP chief Sharad Pawar said he was pained by the erosion of standards of conduct by the high Constitutional office of the Honourable Governor.

In his letter to Modi, the Rajya Sabha MP, whose party is a key ally in the Shiv Sena-led MVA government, said the Prime Minister had given a very appropriate slogan of do gaj ki doori to curb the spread of COVID-19 and added the Maharashtra government is also planning a campaign to make people aware of the importance of social distancing.

Pawar referred to the huge crowds some temples in the state like that of Lord Vitthal in Pandhapur, Siddhivinayak in Mumbai, Sai Baba in Shirdi and others, witness on normal days.

The NCP patriarch said he agreed the Governor can have independent views and opinion on the sensitive issue and appreciated the latter’s prerogative to convey his views to the chief minister. However, I am shocked and surprised to see the letter of the Governor released to the media and the kind of language used in the letter, Pawar said.

The NCP president said he is sure the prime minister, too, would have noticed the intemperate language used in the Governors letter. Pawar said the word secular is part of the Preamble of the Constitution and it shields all religions. Hence, the Chair of the Chief Minister must uphold such tenets of the Constitution, he said.

However, the tone and tenor used must always be in keeping with the stature of the constitutional post occupied by the individuals, Pawar said.

In the letter to Chief Minister Uddhav Thackeray on reopening of temples, Koshyari had asked, “Have you suddenly turned secular, the term you hated?”

Pawar said that looking at the turn of events, the chief minister was left with no option but to release his reply to the Governor in the press, adding he fully endorsed the chief minister’s decision on this issue.

Pawar said he enclosed with his epistle to Modi a copy of Koshyari’s letter. The NCP president also mentioned in his own communication to Modi two quotes from Koshyaris letter to Thackeray.

“You had visited Vitthal Rukmini Mandir in Pandharpur and performed the puja on Ashadhi Ekadashi. Wonder if you are receiving any divine premonition to keep postponing the reopening (of) the places of worship time and again or have you suddenly turned secular yourselves, the term you hated?” said Koshyari to Thackeray, according to Pawar’s letter.

Earlier in the day, Maharashtra Chief Minister Uddhav Thackeray has informed Governor BS Koshyari that a decision on reopening places of religious worship will be taken after careful consideration of the COVID-19 situation in the state.

Responding to a letter by Koshyari a day earlier, Thackeray today wrote to the Governor, saying the state government will consider his request to reopen these places.

In his letter, Koshyari had mentioned that he has received three representations from delegations demanding that places of religious worship be reopened. In response, Thackeray pointed out the ‘coincidence’ that all the three letters Koshyari mentioned were from BJP office-bearers and supporters.

In the letter to the chief minister, Koshyari had asked, “Have you suddenly turned secular, the term you hated?”
Responding to this question, Thackeray wondered if to Koshyari Hindutva meant merely reopening places of religious worship and if not opening them was to him being secular.

“Isn’t secularism a key component of the Constitution, by which you swore while taking oath as the state governor,” Thackeray said, adding “I don’t need your certificate for my Hindutva.”

“While considering the sentiments and beliefs of the people, it is also important to take care of their lives and it is wrong to impose and lift lockdown suddenly,” he wrote.

How to Avoid an Economic Recovery that Worsens Inequality

The Swamp Is Coming From Inside Trump’s Campaign