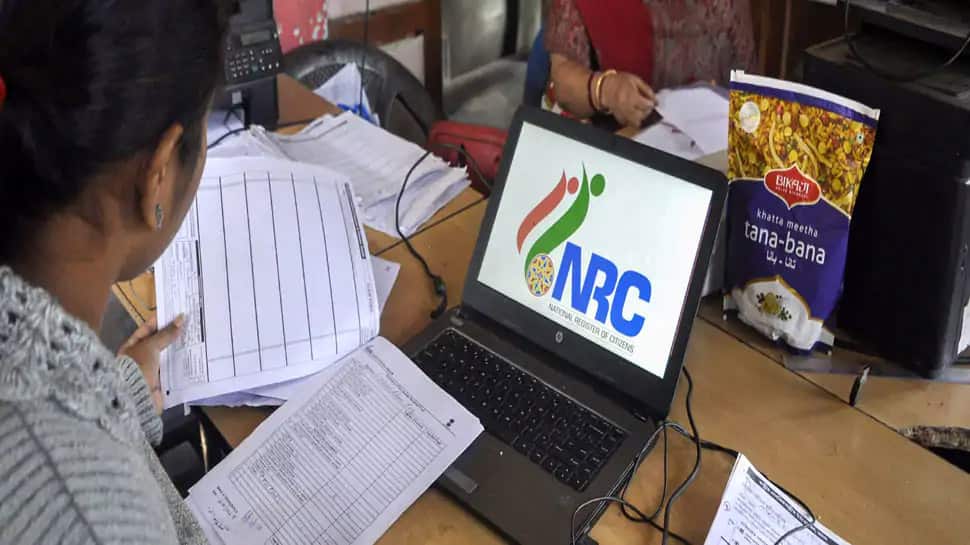 Guwahati: Around 10,000 names will be deleted from the final National Register of Citizens (NRC) in Assam as many “ineligible persons” and their descendants were included in the list, according to a directive issued by its state coordinator Hitesh Dev Sarma and officials in the know of the decision.

Sarma wrote to all the Deputy Commissioners and District Registrar of Citizen Registration (DRCR) on Tuesday, directing them to issue speaking orders for the deletion of such names.

“…As per the reports received from your end through Webform, some names of ineligible persons belonging to the categories of DF (declared foreigners)/DV (‘D’ voters)/PFT (pending in Foreigners Tribunals) along with their descendants have found entry to the NRC,” he said.

Sarma directed the district officials to issue orders for deletion of such names from the NRC as per Clause 4(6) of the Schedule under the Citizenship (Registration of Citizens and Issue of National Identity Cards) Rules, 2003 after “specifically ascertaining the identity of the person”.

Explaining the rule and some other relevant clauses, Sarma pointed out that the authorities concerned can verify and include or exclude any name at any time before the publication of the final NRC. Though the final National Register of Citizens for Assam was made public in August last year, it is yet to be notified by the Registrar General of India, leaving the historic and controversial document without any official validity.

“You are, therefore, requested to submit the list of such persons who are not eligible for having their names in the NRC along with speaking order justifying reasons for each case for necessary action for deletion of such names,” Sarma said in the letter. A software application for submission of the reviewed results of such persons along with a mechanism for uploading of the scanned freshly written speaking orders will be rolled out shortly, he added.

“The verification would mandatorily require the correct identity of the person so that no ambiguity arises in future as far as the identification of the person is concerned,” the letter to the districts said. Though the letter did not mention how many people will be excluded, persons in the know of the development said that around 10,000 people have been identified whose names were “wrongly included” in the final NRC and will now be excluded.

“This is a mix of all communities. The figure looks a bit big because it includes the descendants of the persons from the three categories mentioned in the letter,” a source said. The final NRC was released on August 31 last year, excluding the names of 19,06,657 persons. A total of 3,11,21,004 names were included out of 3,30,27,661 applicants.

After the publication of the final NRC, almost all stakeholders and political parties criticised it as a faulty document, alleging exclusion of indigenous people and the inclusion of illegal immigrants. On August 31 this year, Parliamentary Affairs Minister Chandra Mohan Patowary said in the Assembly that the Assam government had submitted an affidavit in the Supreme Court for re-verification of 20 per cent names in districts bordering Bangladesh and 10 per cent in the rest.

Mookie Betts Arrives as a Capstone to the Dodgers’ Patient Project

Marching Orders for the Next Investment Chief of CalPERS: More Private Equity