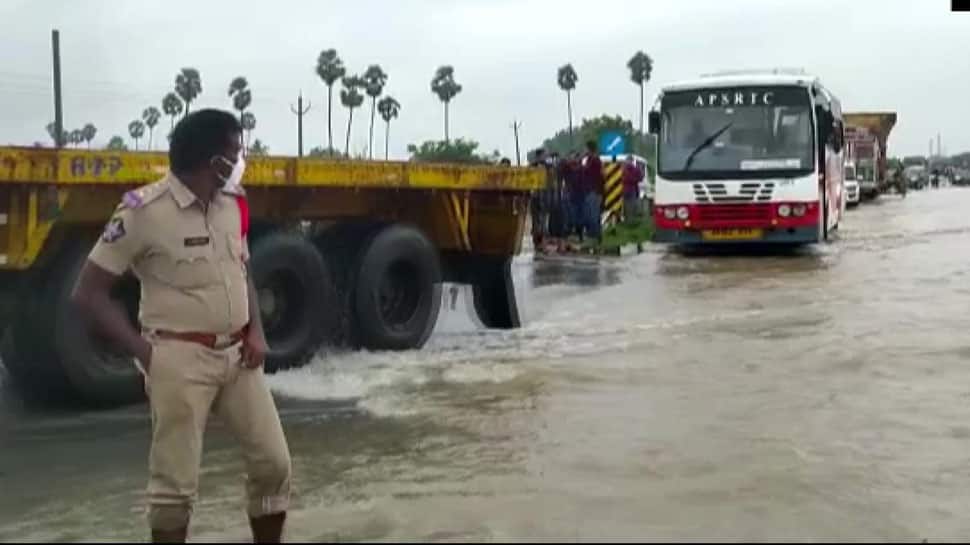 At least 13 people died and many got injured as heavy rains lashed Hyderabad and other parts of Telangana for the second consecutive day on Wednesday (October 14). Several residential areas in Hyderabad have been submerged due to incessant rains.

The India Meteorological Department (IMD) has issued yellow alert for Hyderabad saying that the deep depression was now moving towards Maharashtra. Heavy rains are expected in Vikarabad, Siddipet and Jagaon districts of Telangana. The state government has declared a holiday for Wednesday and Thursday due to heavy rainfall.

VC Sajjanar, Commissioner of Police, Cyberabad Metropolitan Police, on Wednesday appealed to the people to not step out of homes unless necessary as rainfall is set to continue in the region. “I request people to not step outside as rainfall is likely to continue in region. Contact our control room helpline- 9490617444 in case of any emergency. Our teams are equipped to tackle the situation,” said Sajjanar.

Osmania University announced on Wednesday that all exams under its jurisdiction scheduled on 14 & 15 October are postponed due to torrential rains. The university said that exams from October will be conducted as per timetable and students will be informed about schedule of postponed exams soon.

The official rainfall data recorded between 8.30 am to 21.00 hours on Tuesday showed Singapur Township in Medchal Malkajgiri district receiving 292.5 mm of rainfall, followed by 250.8 mm of rainfall at Verkat Palle in Yadadri-Bhongir district.

Many localities in the Greater Hyderabad Municipal Corporation (GHMC) limits received very heavy to extremely heavy rainfall leading to waterlogging on roads and inundation of some low-lying areas.

To Beat Trump, Mock Him

The Secret Code That Threatened Nazi Fantasies of Racial Purity

Nevada Built a Powerful Democratic Machine. Will It Work in a Pandemic?

After 50 Years, a Suspect Emerges in Mary Scott Cold Murder...