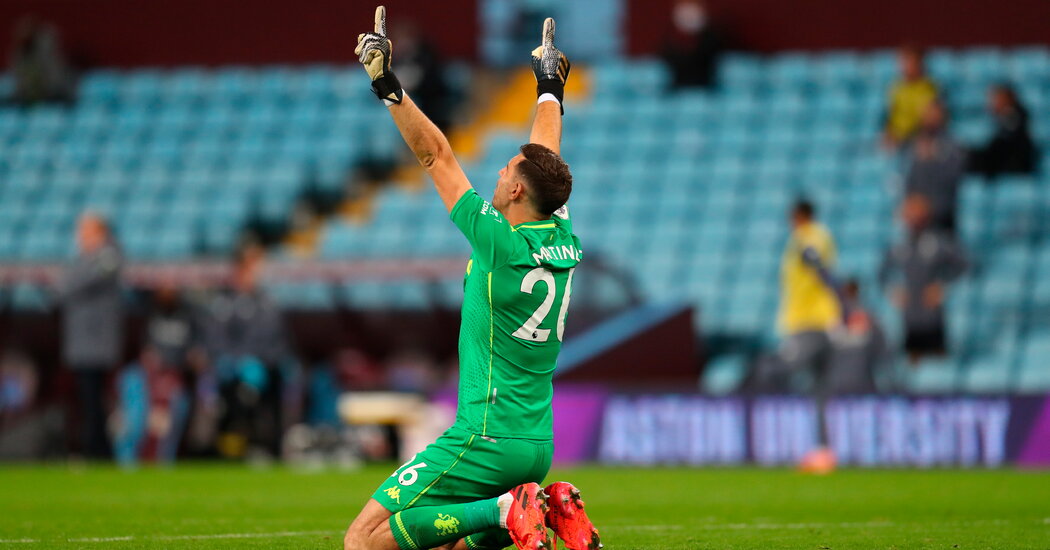 As officials across Britain stitch together different sets of rules over which businesses are allowed to stay open and which must close, nowhere is the Kafkaesque incoherence of their regulations laid bare more clearly than in soccer.

For now, all so-called elite games must be held without fans. Elite, in this sense, applies to the top six tiers of the sport — from the glamorous, cosseted world of the Premier League to divisions where professionalized and semiprofessional teams mix.

Below that, in the squat, sprawling reaches of nonleague soccer, fans are permitted. But the maximum number varies, from about 350 in some leagues to 600 in others.

Those capacities are not related to local rates of virus infections or the severity of regional lockdowns. Instead, it’s a one-size-fits-all formula based on the size of the stadiums in each league.

The situation is so complex that even some who stand to benefit from it describe it as “ridiculous.”

This week, the game’s various authorities — including the Premier League and the Football Association, which governs soccer in England — launched a petition to encourage the government to relax its rules and let fans back into elite games, too, as has happened in Germany, France and the Netherlands.

They believe soccer, and sport more broadly, is being held back even as restaurants, pubs and cinemas are permitted to reopen — and that the rules, as they stand, make little sense.

Mask Mandate? In a Montana Town, It ‘Puts Us at Odds With Customers’

David Lee Roth Is Letting His Art (Mostly) Do the Talking