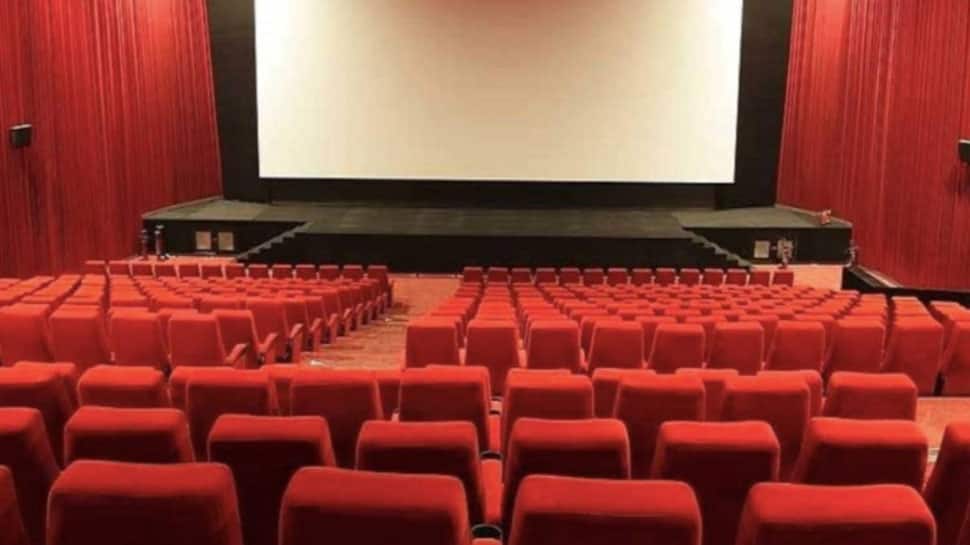 Lucknow: After a gap of nearly 7 months, cinema halls, theatres and multiplexes are set to reopen in several states amid strict adherence to the Centre’s COVID-19 safety protocols. According to reports, cinema halls, theatres and multiplexes with 50 per cent of their capacity will re-open in Uttar Pradesh, Madhya Pradesh, Delhi and Haryana from Thursday.

As per the guidelines, it is mandatory to maintain a minimum of six feet of distance between two individuals in the common area and waiting area in the cinema halls. Arrangement of contactless sanitiser should also be made.

Thermal screening of individuals will be done before they enter the auditorium. Only asymptomatic persons will be allowed entry, according to the statement.

The temperature of the air conditioner should be set at 24-30 degrees Celsius and there should be cross ventilation.

Limited people should be allowed in lifts. The screens should be cleaned after every show COVID-19 protocol of the Centre and state government should be strictly adhered to, failing which action will be initiated under the IPC and Disaster Management Act, the statement said.

With the Centre allowing cinema halls to re-open, a few theatres in Madhya Pradesh are gearing up to start screening films from Thursday. However, the cinema hall owners say the business will take time to pick up.

The Centre has permitted cinema halls and multiplexes to reopen with up to 50 per cent of their seating capacity, which theatres owners say is not in their business interest. In Indore, Central Circuit Cine Associations (a distributors body) director O P Goyal said on Thursday, two multiplexes and two single-screen cinema halls will reopen with 50 per cent capacity.

To ensure social distancing, one seat between two viewers will be kept vacant, he said. “Though cinema halls are reopening after a long gap, it is difficult to ascertain how many viewers will come to the theatres,” Goyal said.

He also said that as of now, old hit films will be screened in these halls as new films of big stars are not being released currently.

Following relaxation issued by the Ministry of Home Affairs (MHA) in Unlock 5.0, movie theatres in Gurgaon will reopen with 50 per cent capacity from Thursday amid the COVID-19 outbreak.

“Our preparations for running operations are very solid and we have been preparing for it over the last seven months. We aim to provide a safe movie experience to our customers amid COVID-19,” Sanjay Barjatya, Regional Operations Head, Miraj Cinemas, said.

According to the guidelines released by MHA, cinema halls can open for the viewers again from October 15, and according to the rules, owners have arranged for 50 per cent of viewers to sit in the halls with paperless ticket arrangement as well as sanitisation of all the seats.

Outside the cinema hall, masks have also been arranged for visitors entering the food gallery keeping in mind social distancing measures, and all incoming viewers will need to download the `Arogya Setu` app on their mobile.

In the national capital too, the Delhi government has given permission to the cinema hall operators to open their facilities from October 15. Cinema halls in Delhi were closed in March due to the Coronavirus-triggered lockdown. As part of Centre’s Unlock 5,0, approval has been given to open theatres from October 15 with certain conditions.

According to an estimation, since lockdown, the cinema hall operators in Delhi have suffered a loss of about Rs 3,000 crore. Delhi has about 130 screens and 50 theatres, including multiplexes.

Along with economic loss, a large number of people have also lost their jobs. Rajkumar Mehrotra, CEO of Delite Cinemas, said, “The cinema industry has suffered a lot in the last 8 months. Let’s guess, there has been a loss of around Rs 3,000 crore to 4,000 crore.”

“We have made changes in theatres and all the government guidelines will be followed completely. Sanitisation will be done after every show,” he added.

No Bushes, Reagans, Cheneys or McCains: Who Is Missing at Trump’s R.N.C.

How to Start Meditating

Is the Five-Day Office Week Over?

Kamala Harris is expected to address Judge Barrett’s nomination and the Supreme Court in...