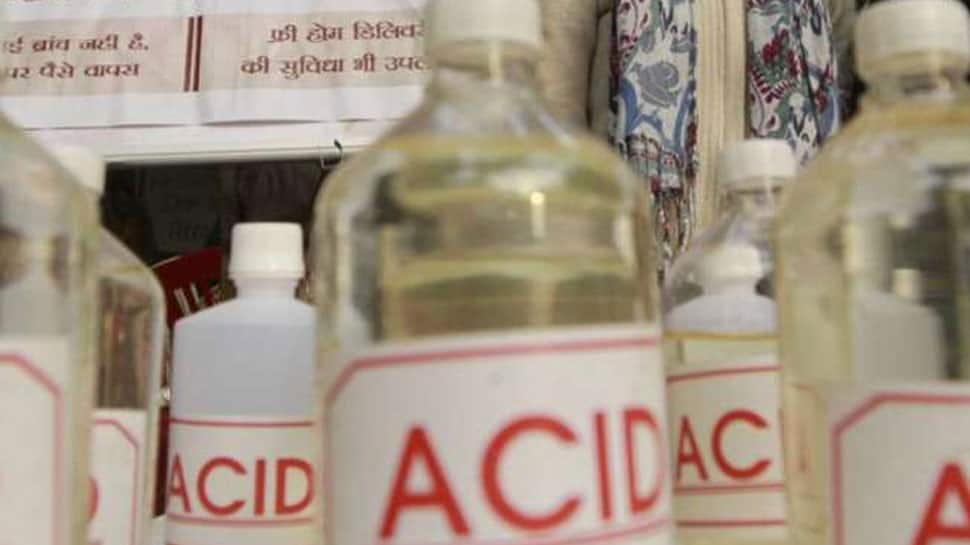 NEW DELHI: The recent acid attack on three minor sisters in the Gonda district of Uttar Pradesh has brought the spotlight back on the unabated sale of acid in the local markets despite the Supreme Court ban on its sale nearly seven years back.

The three minor sisters were attacked with acid when they were sleeping on the roof of their house in Paksa village in Gonda. They had suffered serious burn injuries after an unknown person, who was arrested later, poured acid on the eldest girl Khusbu (17) and some of it fell on her younger sisters – Komal (7) and Muskaan (5) – who were also sleeping with her.

The incident has ignited an old debate on the easy availability of acid in the local market and the administration’s failure to ensure implementation of the top court order regulating its unchecked sale.

In 2013, the Supreme Court had passed an order prohibiting the over-the-counter sale of acid to regulate its sale across the country. The top court order stated that only select stores with permits be allowed to sell acid, that too after checking the ID cards of buyers.

According to the Supreme Court guidelines, the seller and purchaser must have a license, and shops selling acid are mandatorily required to maintain a record of sale and purchase. The SC also made it compulsory for the shopkeepers to record the reasons for purchase.

Tragically, more than six years after the top court ordered a ban on the open sale of acid, it is being sold like any other commodity in the local market. Though it is not easily available in the national capital but in some pockets of the national capital, many local sellers and grocery stores sell acid openly and it can be procured for less than Rs 20 per bottle.

More so, it is very commonly available in states like UP, Bihar, West Bengal and Telangana. In most of the cases, the local shop keepers don’t bother to check the identity card and record the name of the purchaser and the reason for selling the vitriolic substance.

Some stores sell a bottle of acid labelled as ‘toilet cleaning acid’ for Rs 20-25 with a note that acid must be diluted before use. It may be noted that if anyone accidentally comes in contact with diluted acid, it still can have a corrosive effect on the skin. However, the Supreme Court direction and guidelines for the sale and purchase of acid is rarely followed in letters and spirit.

The year 2017 witnessed the highest number of acid attacks in past few years at 309, with 319 victims. A total of 596 acid attack cases were reported in 2017 and 2018, with 623 victims falling prey, but the NCRB data shows that only 149 people were charge-sheeted in each year.

The lowest number of cases (244) was reported in 2014, with 201 people charge-sheeted. Uttar Pradesh, West Bengal, Delhi and Telangana are among the 10 worst states in terms of acid attacks from 2014 to 2018. These three states alone make up 42 per cent of the victims of acid attacks in India during these five years.

Clearly, in order to implement the SC order, a political will is needed, and creating awareness among victims to come forward and report instances of acid attacks can surely help improve the situation and safety of women in the country.

More U.S. Residents Are Getting Dual Citizenship in Greece, Italy and Elsewhere