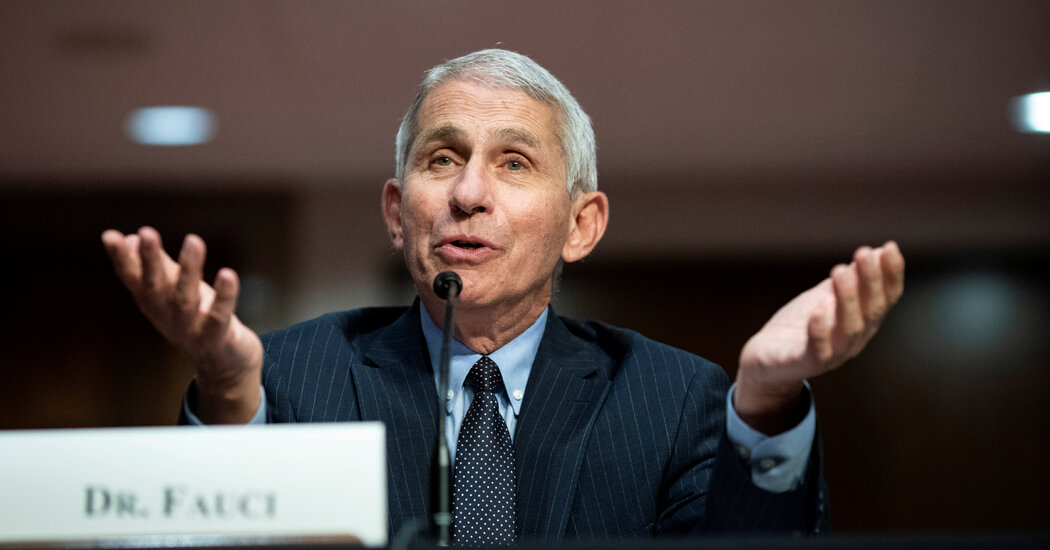 Dr. Anthony S. Fauci insisted Tuesday that there was no “rift” between him and President Trump, even as he stepped up his criticism of the Trump campaign for quoting him “out of context” in a television ad praising the administration’s coronavirus response.

“I have been a public servant, for five decades now and I have never either directly or indirectly endorsed any political candidate,” Dr. Fauci, the government’s top infectious disease specialist, said in an interview, reiterating comments he made on CNN over the weekend. “That ad clearly implies strongly that I’m endorsing a political candidate, and I have not given them my permission to do that. And in addition to that, the quote that they took is completely out of context.”

“President Trump tackled the virus head on, as leaders should,” the ad declares, before switching to an interview in which Dr. Fauci said, “I can’t imagine that … anybody could be doing more.”

Dr. Fauci said that comment was made “months and months ago” (in March, early on in the pandemic) in reference to the hard work of the White House coronavirus task force, when the group was “meeting literally seven days a week” and “knocking ourselves out.”

He said he blamed the campaign, not “the president as a person,” but conceded he has little power to get the ad off the air. He said he has not contacted either the president or the campaign — “and I don’t want to contact them.” But he also warned that the ad could backfire.

“I think if they keep doing that, and I make it clear that this is something that I’m not happy with, because I didn’t give permission, and that I would like them to stop, and they continue to do it,” he said, “they may turn off a lot of people.”

The Biden campaign released an ad on Monday mocking the Trump campaign for the way it repurposed Dr. Fauci’s quote. The ad featured an obviously pasted-together montage of the president’s speeches, a few words at a time, in which he is made to say, “I am failing at managing the coronavirus outbreak.”

In an interview with The Daily Beast, Dr. Fauci said the campaign was “in effect, harassing me” — a comment he told The New York Times he made “because I had heard that they were going to continue to do it with other ads, given that I have explicitly said I do not like that, and I don’t give them permission.”

On Monday, Dr. Fauci had warned that President Trump’s plan to resume a full schedule of rallies when the virus is surging in much of the country was “asking for trouble.”

He told CNN, “We’ve seen that when you have situations of congregate settings where there are a lot of people without masks, the data speak for themselves. It happens. And now is even more so a worse time to do that, because when you look at what’s going on in the United States, it’s really very troublesome.”

He noted that many states were now seeing increases in positive tests and suggested that Americans should be “doubling down” on precautions rather than casting them aside.

Most of the audience at Mr. Trumps packed rally near Orlando, Fla., Monday night was unmasked.

In Milan, Fashion Tries to Go Back to Normal. What Does That Even Mean?

What I Learned From Loving Mapo Tofu