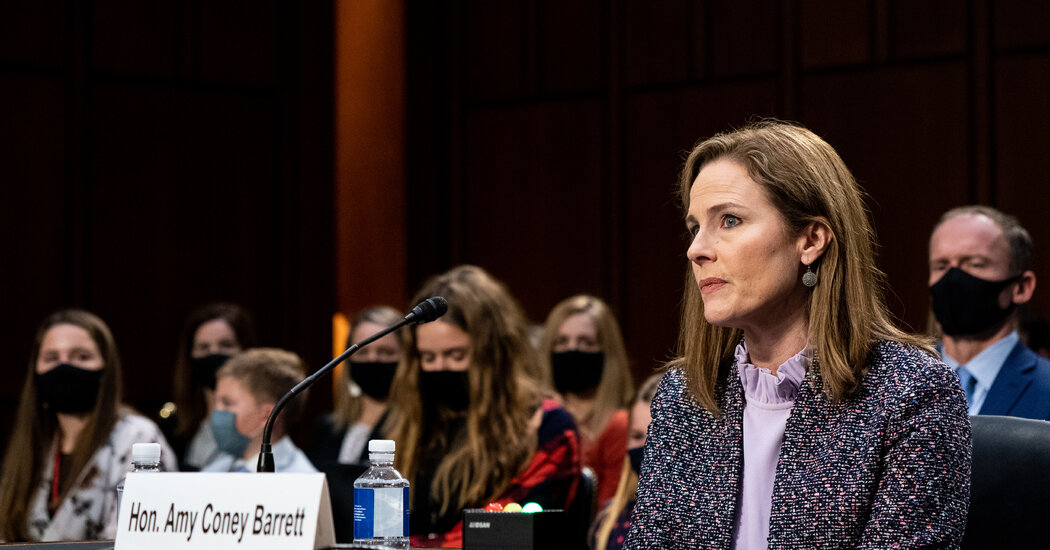 However, several senators, including Sheldon Whitehouse, Democrat of Rhode Island, and Ted Cruz, Republican of Texas, barely stopped to question Judge Barrett at all. They instead spent the bulk of their time expounding on larger questions about the ideological balance of the Supreme Court and the influence of special interest groups on the nomination process. And Mr. Graham, who is just weeks away from a tough re-election fight, used a significant portion of his time to deliver something close to a campaign speech.

After nearly 12 hours, and with many of the anticipated questions surrounding Judge Barrett’s relatively short record as a judge now asked and answered, more senators may pivot away from directing questions to the nominee on Wednesday. If they do, Judge Barrett may be afforded much less time to speak.

Many Democrats have already voiced their opposition to holding the hearing at all, arguing that the proximity to the election makes it inappropriate, and that the Senate has more pressing priorities given the chaos caused by the coronavirus pandemic.

How Cajon Valley reopened its classrooms

Family-Friendly Movies Made by Diverse Filmmakers