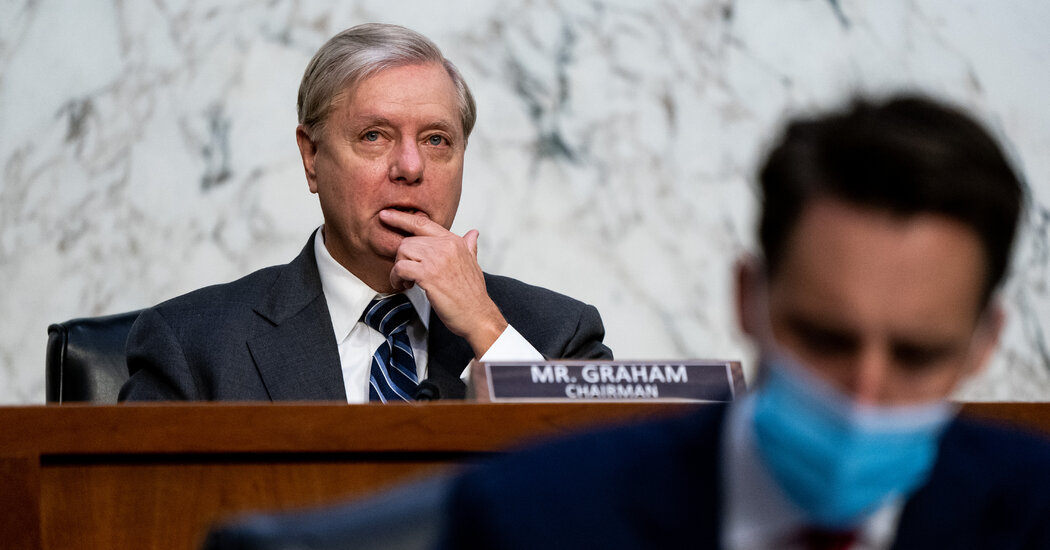 Senator Lindsey Graham, who is fighting off an increasingly steep re-election challenge in South Carolina, drew criticism on Wednesday after he invoked the “good old days of segregation” at the confirmation hearing of Judge Amy Coney Barrett.

Asking the judge about various Supreme Court precedents as he opened the third day of hearings, Mr. Graham, the chairman of the Senate Judiciary Committee, appeared to be trying to drive home the point that there was no longer any meaningful push in America to challenge the 1954 Brown v. Board of Education decision, which held that school segregation was unconstitutional.

“One of the reasons you can say with confidence that you think Brown v. Board of Education is a super precedent is you are not aware of any effort to go back to the good old days of segregation via legislative body. Is that correct?” he asked. Judge Barrett answered in the affirmative.

Mr. Graham later said that he was being sarcastic when he used the expression, but for the second time in a week he found himself on the defensive for remarks about race. Mr. Graham, who has evolved into one of President Trump’s biggest allies from one of his toughest critics, and who reversed himself on the propriety of trying to confirm a Supreme Court justice in an election year now that doing so benefits Republicans, has been tied in recent polls of the state.

His comment drew a swift rebuke from his Democratic rival, Jaime Harrison, who shared a clip of Mr. Graham’s remark on his Twitter account, sending it bouncing across social media.

During a break in the hearing, Mr. Graham said he had been misunderstood and rebuked his opponent for the criticism. His comments were “dripping with sarcasm,” Mr. Graham said, referring to the era of segregation as “dark days.”

“It blows my mind that any rational person could believe that about me,” he added.

The comment came just a few days after Mr. Graham was roundly criticized for saying during a campaign forum in South Carolina that Black people “can go anywhere in this state” as long as they were “conservative, not liberal.”

He had been talking about his friendship with the state’s other Republican senator, Tim Scott, who is a Black man.

How to Grow (and Eat) a Pawpaw

Ayodhya gets ready for Ram Mandir Bhoomi Pujan on August 5; know the programs...