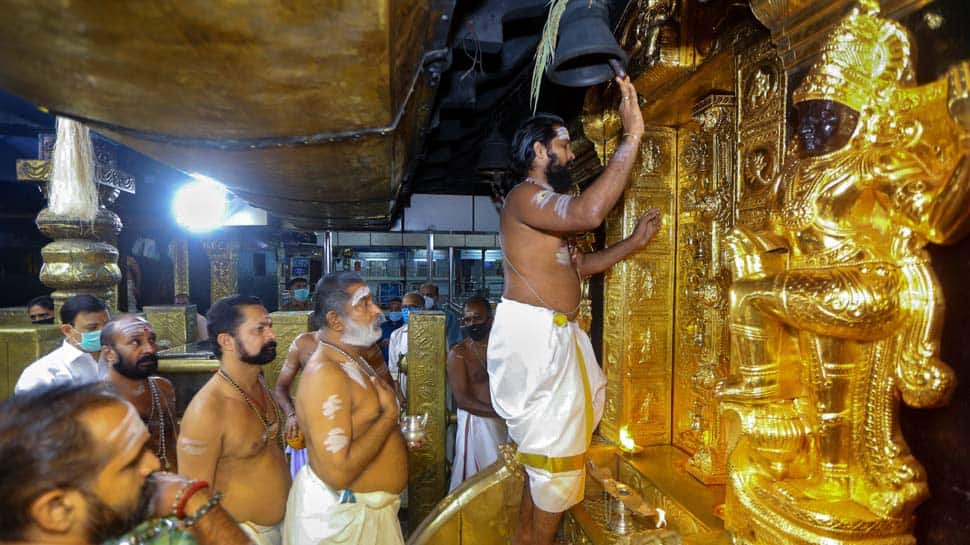 The Sabarimala Lord Ayyappa temple will open for monthly five-day pooja on October 16 amid the rising cases of coronavirus COVID-19 pandemic. The Travancore Devasom Board (TDB) made the announcement and also the protocols for devotees.

The religious places have been re-opened since June after being closed for devotees from March 24 when the nation-wide COVID-19 lockdown was implemented.

The five-day pooja will take place during the Malayalam month of Thulam. As per the guidelines, only 250 people will be allowed to enter the hilltop shrine for darshan per day. Online booking for darshan will be done on a first-come-first-served basis.

All other routes to Sabarimala, except through Vadasserikkara and Erumeli, will be closed. A COVID-19 negative certificate will be mandatory, added the Travancore Devasom Board.

“Sabarimala temple will open for pujas for 5 days from Oct 16 during Malayalam month of Thulam. Only 250 people will be allowed for darshan per day and online booking will be done on a first-come-first-served basis. Covid negative certificate will be mandatory,” said the Travancore Devasom Board.

The COVID-19 health protocol will have to be strictly followed by the staff, officials and devotees, state police chief Loknath Behera said.

The temple will be opened for devotees on October 16 evening and regular poojas will be held for five days starting from October 17 morning, which is the first day of the Malayalam month ‘Thulam’.

On October 9, the Kerala Police had said that security arrangements have been completed at the temple. The commandant of the Kerala Armed Police (KAP) Fifth Battalion K Radhakrishnan has been appointed as the Police Special Officer to oversee security, a release issued by the state police had said.

The Pathanamthitta district police chief and the KAP third Battalion commandant will assist the special officer.

On October 7, the Kerala government decided to relax the cap on the number of people allowed into places of worship at a time from five to 20 with COVID-19 protocols. The decision was taken at a high-level meeting, chaired by Chief Minister Pinarayi Vijayan, an official release had said.

While allowing reopening of temples and other places of worship earlier, the state government had said only a maximum of five devotees would be allowed at a time. For the monthly rituals at the famous Lord Ayyappa temple in Sabarimala, up to 250 devotees can be allowed while strictly following COVID-19 protocols.

“When special rituals are being held in temples, the number can be increased up to 40 depending on the facilities available. Similarly, the mosques and churches can allow up to 40 people depending upon the size for Fridays prayers and Sunday mass respectively,” it said.

Trump says he is ‘medication free’ in an interview with Fox News.

Preakness Stakes Experts’ Picks and Predictions: Who Will Win?