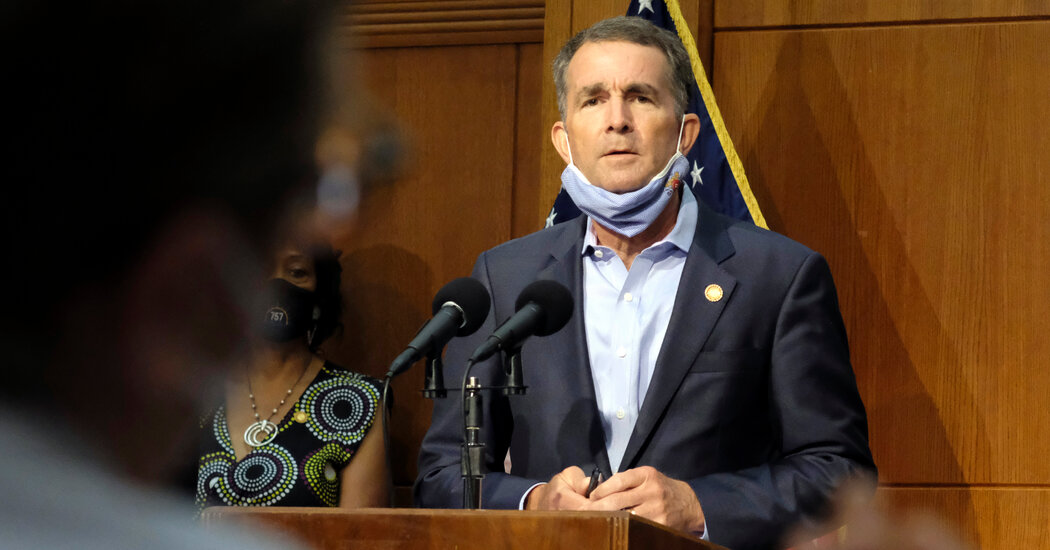 Gov. Ralph Northam of Virginia was discussed as a possible target by members of an anti-government group charged last week with plotting to kidnap Gov. Gretchen Whitmer of Michigan, the F.B.I. said on Tuesday.

During a hearing in Grand Rapids, Mich., Special Agent Richard J. Trask II of the F.B.I. said that Mr. Northam and other officials were targeted because of their aggressive lockdown orders to restrict the spread of the coronavirus.

Last week, 13 men accused of involvement in the alleged plot were charged with a variety of state and federal crimes including terrorism, conspiracy and weapons possession.

During Tuesday’s hearing, the authorities revealed that the suspects also spoke about “taking” the Virginia governor “based” on coronavirus lockdown orders that restricted businesses.

The F.B.I. alerted members of Mr. Northam’s security team throughout their investigation, Alena Yarmosky, Mr. Northam’s press secretary, said in a statement. The governor was not informed, “per security protocols,” Ms. Yarmosky said, but added that “at no time was the governor or his family in imminent danger.”

In April, President Trump had openly encouraged right-wing protests of social distancing restrictions in Virginia, Michigan and other states with stay-at-home orders, a day after his administration had announced guidelines for governors to set their own timetables for reopening. “LIBERATE VIRGINIA, and save your great 2nd Amendment,” the president wrote on Twitter at the time. “It is under siege!”

Ms. Yarmosky referenced the president’s tweets in the statement from Mr. Northam’s office and said that the “rhetoric coming out of this White House has serious and potentially deadly consequences.” She added: “It must stop.”

Mr. Trask of the F.B.I. said that some of the suspects had held a meeting in Dublin, Ohio, several months ago where they “discussed possible targets” for “taking a sitting governor.”

Mother Chimpanzees Know the Coolest Place in a Scorching Savanna