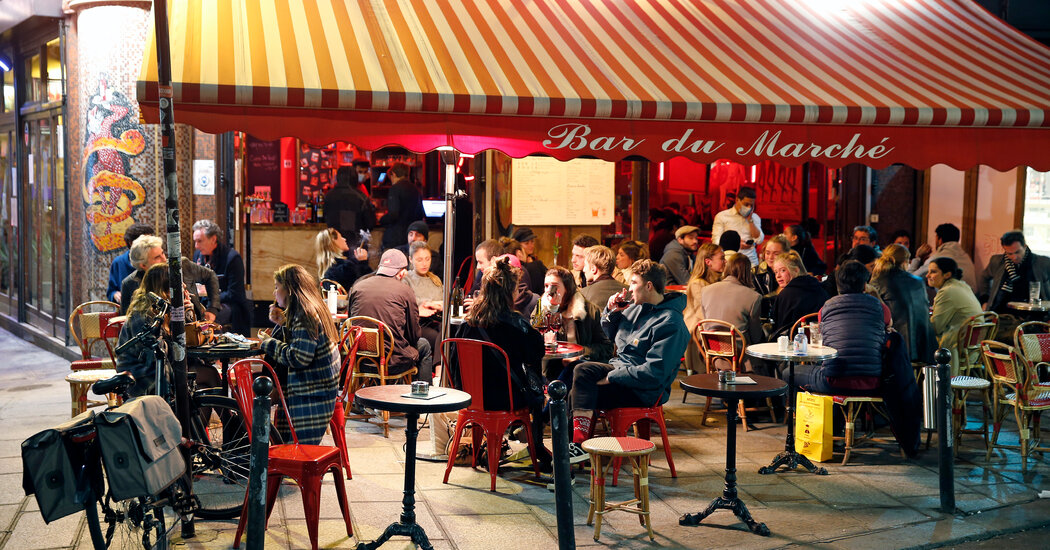 The weekly number of new coronavirus cases in Europe is now at its highest point since the start of the pandemic, a top World Health Organization official said on Thursday, urging governments to impose tighter, targeted controls on social gatherings.

The number of confirmed cases in Europe rose by a million to seven million in just 10 days, Hans Kluge, the WH.O.’s director for Europe, told reporters, and the number of daily deaths had passed the level of 1,000 for the first time in months. (An earlier version of this item stated incorrectly the last time daily deaths in Europe had passed 1,000; it was earlier this year, not ever.)

His warning came as Britain announced tightened restrictions on several areas, including London, where people from different households will be barred from meeting indoors starting after midnight on Friday. People will also be discouraged from using public transportation.

The new measures will also apply to the city of York, in northern England, as well as to parts of central and southeastern England.

Many European countries are adopting stricter controls, which Dr. Kluge called “absolutely necessary,” as increased caseloads are raising fears of another surge as winter approaches.

On Wednesday, President Emmanuel Macron of France announced that, starting on Saturday, the authorities would impose a curfew from 9 p.m. to 6 a.m. in the Paris region and around eight other major cities. The curfews will run for at least four weeks.

The measure is part of a renewed state of emergency that allows the national government to restrict public gatherings and movement countrywide. It was first declared in the spring but had ended in July.

“We need this — and if we don’t want to take harsher measures in 15 days, or three weeks, or one month, we have to do it and comply with it,” Mr. Macron said.

In Germany, Chancellor Angela Merkel and state governors have also agreed to nationwide restrictions on social gatherings and domestic travel, in response to a rise in infections.

“I am convinced that what we do — and what we don’t do — in these coming days and weeks will be decisive in how we get through this pandemic,” Ms. Merkel at a news conference on Wednesday.

U.N.C. at Chapel Hill to Move Online as Coronavirus Spreads