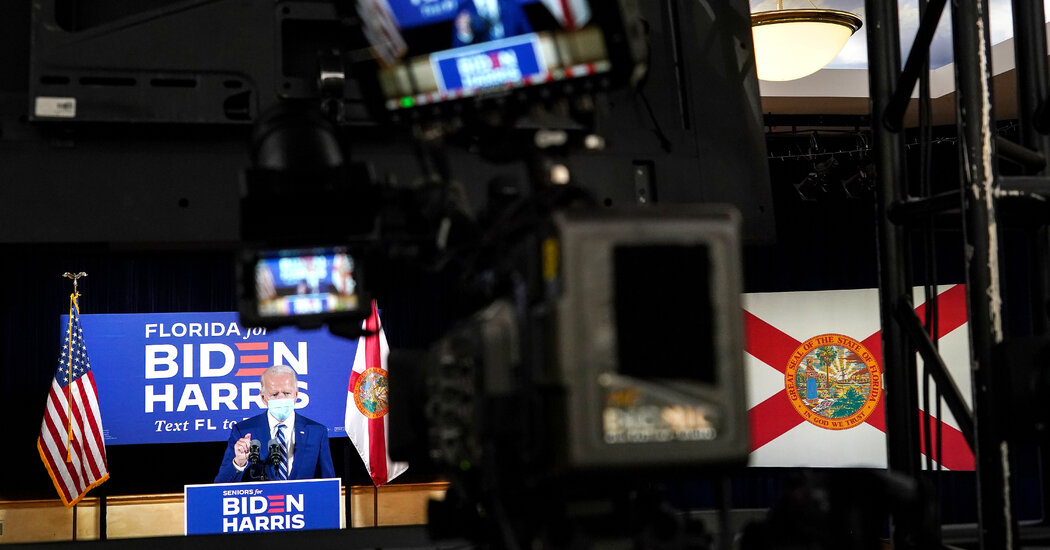 With early voting well underway in most of the country, the cash-rich Biden campaign is turning to television ads as part of their get out the vote strategy, including this one, aimed at Black voters in Michigan.

Four young Black men gather next to a baseball field, hanging on the bleachers. Their tone is casual. “I can’t think of the last time it dawned on me to ask somebody, ‘Hey, bro, you registered? You know what I’m saying? Do you vote?’” one man says.

The conversation touches on the dire challenges facing the country, from taxes to vaccines, a casual version of “the stakes” that Joseph R. Biden Jr., the Democratic nominee, often invokes in his stump speech.

“We got to encourage our people to get out to vote man,” says another. “This basically isn’t an option.”

The ad makes no verifiable claims.

More than 1.1 million people in Michigan have already voted this year, and turnout is already at 25 percent of the total 2016 turnout. But in a state where President Trump won by under 11,000 votes in 2016, in part because the Black vote did not keep pace with turnout in 2008 or 2012, the Biden campaign is making a continued push to energize and turn out Black voters.

Using a television ad for a direct get out the vote message, an expensive medium rarely used for a task often left to on the ground operatives and digital tactics, is evidence of both the scale of those efforts and the sense that pandemic precautions have limited traditional door-knocking get-out-the-vote operations. And it highlights the need the Biden campaign sees in making greater inroads with Black voter turnout.

Mnuchin Calls for Congress to Pass More Stimulus This Month

Could You Make a Snowball of Neutrinos?