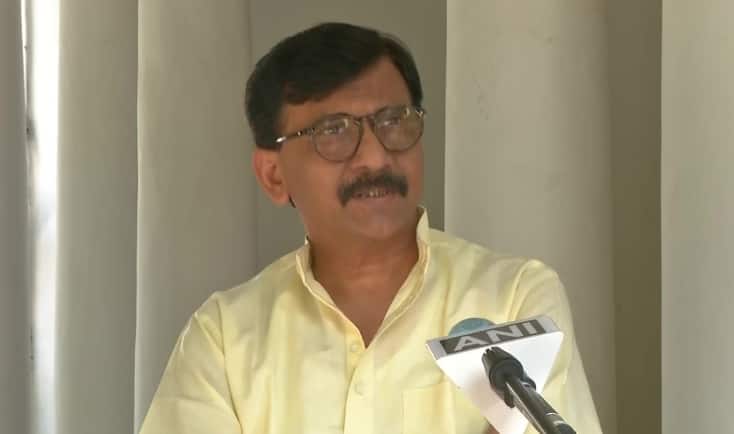 New Delhi: Shiv Sena MP Sanjay Raut said on Thursday (October 15) that no one wants to keep temples shut but we have to save people’s lives amid the COVID-19 pandemic.

On Maharashtra Governor Bhagat Singh Koshyari’s letter to Chief Minister Uddhav Thackeray, Sanjay Raut told ANI, “If Governor raises questions on the secularism of the CM, the President and the Prime Minister should ask the Governor if he is secular or not. No one wants to keep temples shut but we have to save people’s lives.”

He further said, “the nature of our Constitution and posts of the PM, President and Governor are secular. Hindutva is in our heart and in practice, but the country functions on the basis of the Constitution which is secular in nature.”

Notably, Governor Koshyari recently wrote a letter to CM Uddhav Thackeray asking him if he had “suddenly turned secular”, while referring to the opening of temples in the state.

The Shiv Sena questioned the timing of the Governor`s letter to the Chief Minister and accused him of forwarding BJP`s agenda. The party went on to say that the Maharashtra Governor should be recalled if Prime Minister Narendra Modi and Union Home Minister Amit Shah wish to preserve the “prestige” of Raj Bhavan.

Maharashtra’s ruling party has made a blistering attack on the Governor and accused him of acting against the Maha Vikas Aghadi government.

In a strongly worded editorial in its mouthpiece ‘Saamana’, the party on Thursday said, “Bhagat Singh Koshyari has shown how a person sitting on the post of the Governor should not behave. He may have been a ‘Sangh Pracharak’ or a leader of the BJP. But today he is the Governor of a progressive state like Maharashtra, he seems to have forgotten this thing at his convenience…The Governor sending a letter to Chief Minister Uddhav Thackeray is an unreasonable step.”

The editorial said that the BJP has been “exposed” on this issue, adding “Using the Governor’s office to attack the state government has proved costly for the opposition party in Maharashtra.”

The editorial also justified the Chief Minister’s response to Koshyari’s letter. It further said that restaurants have opened with strict COVID-19 safety protocol, but reopening temples will see crowding.

If the BJP wants temples to reopen, then there should be a national policy, it said. Several important temples in the country are closed, it added.

Koshyari and Thackeray are locked in a bitter war of words after the former pushed for the re-opening of places of worship in the state closed due to the COVID-19 pandemic and asked the latter if he has suddenly turned secular.

Responding to Koshyari’s letter, Thackeray had asserted that he does not need the Governor’s certificate for his “Hindutva”.

U-Pick Is a Popular Pandemic Pick-Me-Up

YouTube says it will remove ‘hacked information’ meant to interfere with the election.

‘It’s Got to Stop’: Atlanta’s Mayor Decries a Surge of Violence as a Girl...