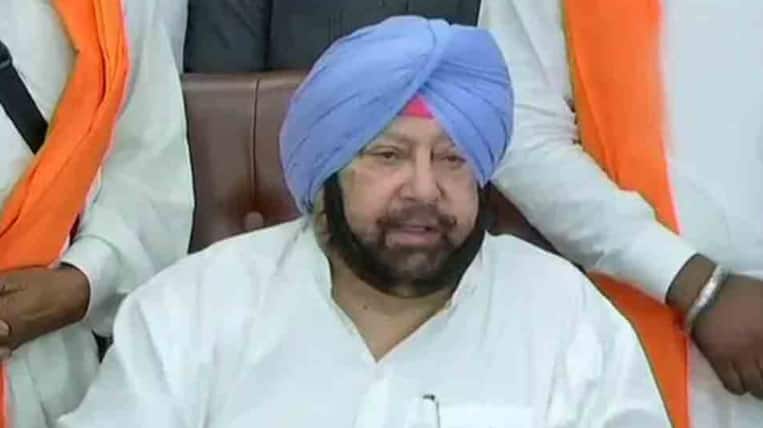 Chandigarh: Punjab Chief Minister Captain Amarinder Singh on Thursday (October 15) ordered the resumption of normal OPD service and elective surgeries, with extensive precautions in place, but warned against any complacency given the projections of a possible second wave of the pandemic.

With Covid cases showing a marked decline in the state, the Chief Minister has also allowed the opening of government schools from Monday, 19th of October, after due sanitation and disinfection procedures, and with clear SOPs mandating parents’ consent, as well as a ceiling on the number of students and hours of operation.  Some of the private schools in the state have opened today.

Expressing concern over the warnings by health and medical experts of the grave possibility of the second wave hitting the state in the festival season or during the winter months, the Chief Minister directed the concerned departments to take all steps to ensure that things remain under control in the festive times ahead. He asked the Health & Medical Education departments to work with the market committees to ensure the widespread distribution of masks with steps to encourage people to wear them, and also follow social distancing norms.

The Chief Minister, who was chairing a virtual review meeting of the Covid situation, asked the departments to ensure that the medical staff is kept motivated and all vacancies of technicians, etc are filled up immediately so that normal OPD services and elective surgeries can be carried out seamlessly amid the pandemic situation.

Secretaries of the Health and Medical Research Departments briefed the Chief Minister on the steps being taken to ensure full precautions in OPDs, Wards, and Operation Theatres as per SoPs and guidelines for Infection Prevention and Control.

DGP Dinkar Gupta told the meeting said the Punjab Police was gearing up to manage the festival season, during which security would be beefed up and all efforts would be made to ensure strict adherence to Covid norms at marketplaces, Ramlilas etc. The DGP said the police were also currently focused on handling the increasing number of farmer protests, as well as picketing by BJP and RSS.

According to the DGP, the force had lost 22 personnel to Covid in September, taking the toll to 39. As of date, 434 cops were positive, with an average of 72 cases being reported among the Punjab Police every day during September. However, the figure was now down to about 10.

Even as he termed the decline in positivity rate to 2.60 as a good sign, Dr KK Talwar, head of the state government’s expert advisory committee on health, warned of a second wave hitting Punjab during the festival season. With just about 500+ cases a day at present, the projections for the next few days were positive, he said but added that with the spate of upcoming festivals and the fatigue in the health system, Punjab could see the next wave hitting soon.

Citing the incidence of the second wave in various countries, and even in Delhi, Dr Talwar said Punjab should learn lessons from their experience and prepare accordingly. Dr Rajesh Kumar, a member of the Health Department’s Covid Expert group, said that even if the situation remained under control through November, the onset of the winter season could trigger a spurt in cases.

Dr Talwar suggested giving Pulse Oxymeters to Asha workers to enable them to keep a check in their respective areas. He further disclosed that teams of experts were being formed to conduct a mortality audit of every hospital to identify gaps since the fatality rate in the state continued to be high (at 3.1%).

Health Secretary Hussan Lal pointed out that Case Fatality Rate (CFR) was still high at 131 against the national average of 81. He informed the meeting that to ensure adequate availability of oxygen supply in the coming weeks and months, tendering for 1st phase for augmenting the supply was in process. The Government of India had fixed the rates of Medical Oxygen, including that of transportation of oxygen cylinders, though liquid oxygen transportation rates were yet to be fixed, he added.

In the first phase, Oxygen generation plants will be set up at District Hospitals Jalandhar, Ludhiana and at Medical Colleges Patiala, Amritsar, Faridkot, to be followed by DH Mansa, Sangrur, Bathinda and MKH Patiala in the 2nd phase, and DH Ropar, Ferozepur, Gurdaspur and Amritsar in 3rd  Phase.

As far as Post-Covid Care kits were concerned, so far 10000 of these had been sent to various districts for distribution to all patients discharged from Government hospitals, said Hussan Lal.

Debate Night: The ‘On Politics’ Breakdown

Wall Street Has Its Worst Day in Months

How ICE Helped Spread the Coronavirus