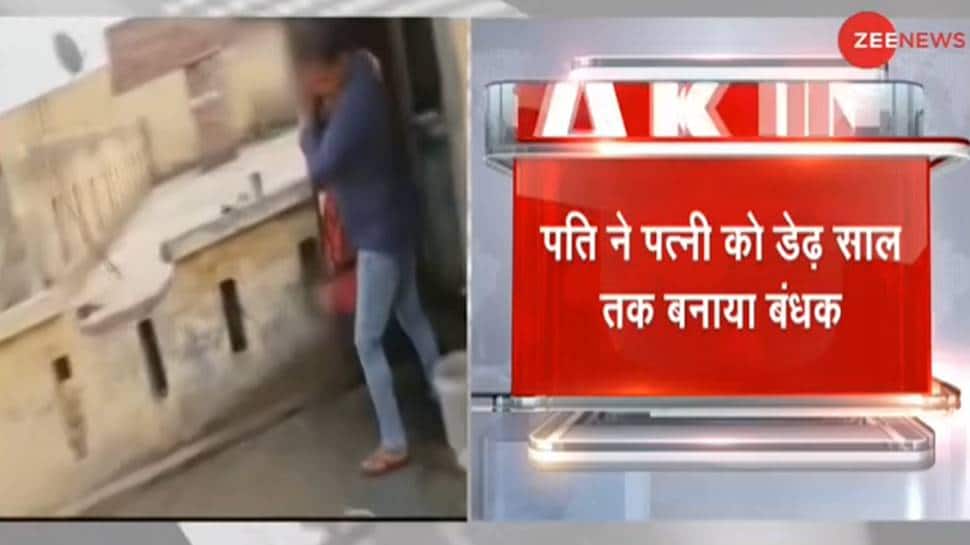 New Delhi: A man in Panipat has been held for keeping his wife locked up in a bathroom for more than a year. The incident has been reported from Rishpur village of Haryana’s Panipat district.

The victim, 35, was rescued from the toilet on Wednesday by a team of district women and child welfare department officials.

Investigating officer, Subhash said that after the incident came to light, her husband Naresh Kumar has been arrested. He allegedly kept her in confinement for more than a year.

“Rajni Gupta went to the village and rescued the woman who was locked by her husband Naresh for over a year. We have registered a complaint and we will take action after investigation. It is being said that the woman is mentally unstable. We will take the advice of the doctor and proceed further,” the police officer said.

“He have filed a case against the husband under relevant sections of the IPC,” the officer said.

Kumar has claimed that his wife was mentally unstable.

Meanwhile, Women Protection and Child Marriage Prohibition Officer Rajni Gupta said she along with her team saved the woman. “I received information that a woman was locked in the toilet for over a year. I come here with my team. When we reached here, we found that it was true. It seems that woman has not eaten anything for many days,” Gupta was quoted as saying to ANI.

At Least 4 Dead as Migrant Boat Capsizes in English Channel