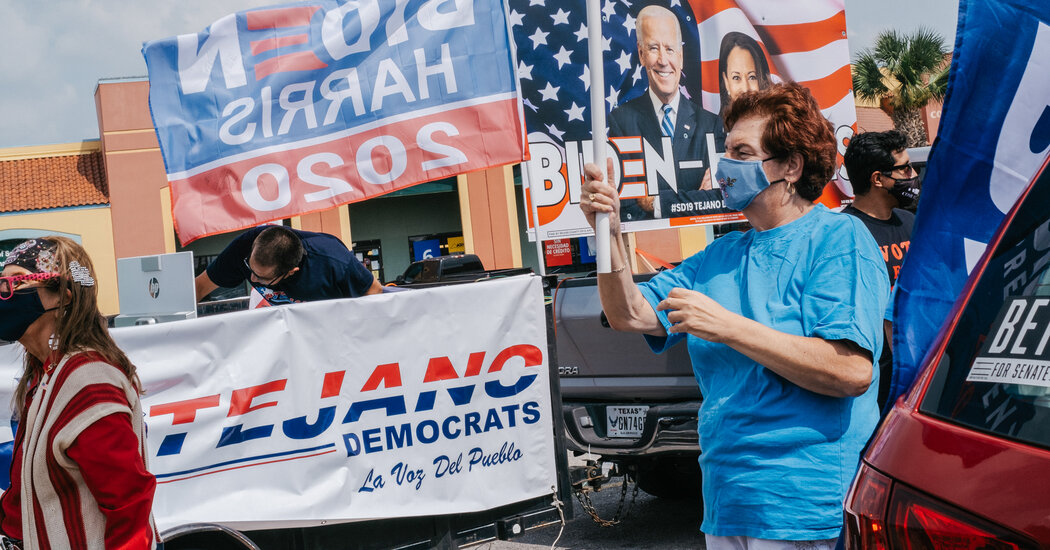 Thursday marks the end of Hispanic Heritage Month, which celebrates the history and culture of the U.S. Latino and Hispanic communities. It’s a fitting commemoration of our deep roots in the Americas, how much the United States depends on us economically, and how we’ve helped define American culture.

But it’s also a reminder that we’re still seen as a marginal population instead of core Americans who will shape the nation’s future.

Political campaigns have often used Hispanic Heritage Month to escalate their Latino outreach. They’ve announced key appointments, dined at “Latin” restaurants, sent Latino surrogates on speaking tours and delivered speeches themselves with some Spanish sprinkled in. This year has been no different.

Hispanic strategists in both parties have long felt that these efforts were too little, too late. Fernando Oaxaca, who worked on Ronald Reagan’s 1980 campaign, had spent months before the summer convention assembling “troops, wagons, horses,” but complained when the main campaign didn’t give him any direction and Reagan’s Hispanic outreach efforts didn’t kick into high gear until Hispanic Heritage Month. Reagan won a Republican presidential candidate’s usual third of the Hispanic vote, but the feeling lingered that he should have prioritized Latinos from the beginning.

Both Donald Trump and Joe Biden have spent millions on English- and Spanish-language advertising campaigns in traditional battleground states like Arizona, Florida and Nevada with Latino populations large enough to swing them. They’re also spending smaller amounts in states like Michigan, Minnesota and Wisconsin, reflecting both the growth of Latino communities there, and the narrow margins in the presidential vote four years ago.

Latinos have lived in these states for a long time; that they’re gaining attention now is a sign of how our political influence has spread beyond the Southwest and Florida. The 10 states with the slimmest margins of victory in 2016 included the usual Latino-heavy states, but in that election, they also included Maine, Minnesota and New Hampshire.

With the exception of Maine, the number of eligible Latino voters in these states is greater than the 2016 margin of victory. What’s more, the fastest growing Latino communities are in North Dakota, Alabama, Tennessee and other places not typically seen as Latino strongholds.

A reality of the Electoral College system is that not all states are equally important, and it’s one that has negative consequences for Latinos because it makes us seem as if we live only in the states where our votes count. We’re very visible in some places, less so in others.

As a result, we aren’t seen as part of the national fabric. President Trump made this clear when he asked one of his supporters at a campaign rally in New Mexico, “Who do you like more — the country or the Hispanics?” as though these were incompatible.

Of course, campaigns have limited resources, so they spend strategically. What I have in mind, though, wouldn’t cost a penny. Instead of talking to American voters as representatives of distinct groups of dairy farmers, autoworkers or suburban housewives — who, by the way, are also Latinas and Latinos — candidates should work to stitch our communities together, making all Americans feel invested in the lives of others.

The idea goes contrary to Latino political strategists, who say that candidates should segment and micro-target Latino voters — Cubans, Venezuelans and Puerto Ricans in Florida, or Mexicans in Arizona, for example — with advertisements that feature familiar accents, cultural icons and issues specific to individual national groups.

This approach demonstrates a campaign’s implicit understanding of Latino diversity, but it’s overly simplistic. Even as we articulate our respective national identities, we increasingly see ourselves as members of a pan-ethnic Latino community, who are also representatives of our particular national groups. These two identities are not mutually exclusive.

Vicki Ruiz, as president of the Organization of American Historians, called for a rethinking how we talk to and about Latinos more than a decade ago, when she argued that Latino history is the history of the United States. It may seem like a pie-in-the-sky idea that candidates would engage and sustain relationships with Latinos everywhere, even in swing states where they don’t represent a large slice of the electorate.

This moment seems ripe for such a fundamental rethinking. It should be possible for a candidate to acknowledge that a Mexican-American garment worker in Los Angeles may have different concerns than a Mexican-American business owner in Chicago, while also addressing them as part of the same national community.

Politicians reckon with shifting demographic realities by following new voters wherever they may be, but when it comes to Latinos they also need to think beyond elections, and beyond the strategic importance of Hispanic Heritage Month itself. When they see us as more than voters, we may give them our votes.

Book Review: ‘Notes on a Silencing,’ by Lacy Crawford