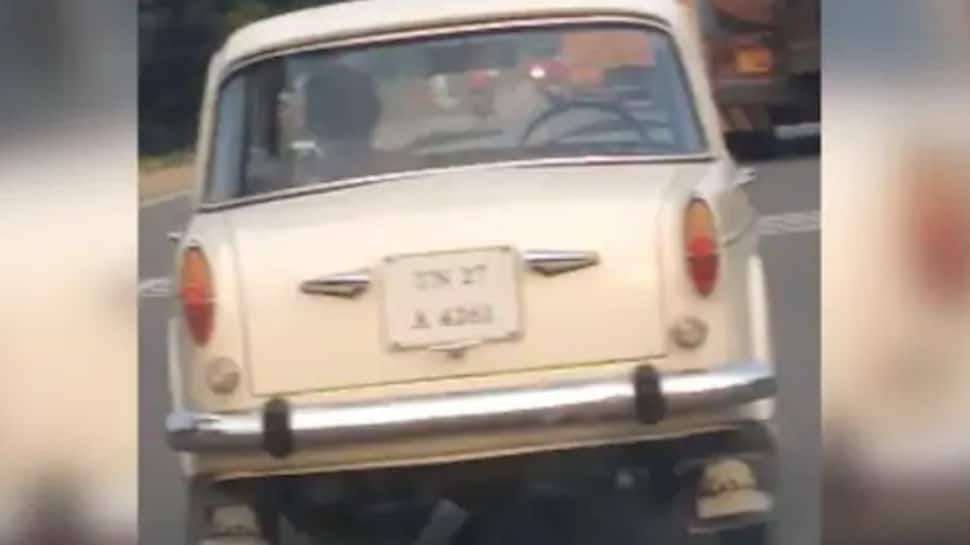 Billionaire Elon Musk’s company Tesla is still conducting tests to perfect its self-driving cars, but India is yet to get this technology and this is the main reason why a video from Tamil Nadu, in which a driverless car can be seen moving smoothly on the road, has left netizens puzzled.

In the video, which has now gone viral on social media, a Premier Padmini or Fiat car can be seen moving on a road without a driver. Interestingly, a man is sitting on the passenger seat. A man who was driving behind the car shot the video and later shared it on Facebook. In the video, the ‘driverless’ car can be seen changing lanes and overtaking other vehicles.

The video was shared on Facebook with the caption: “How is this possible?”

Some social media users claim that the man in the video is a native of Vellore in Tamil Nadu and he had been spotted driving from the passenger seat several times. “Seen him in Vellore,” wrote one person in the comments section. “He lives in Vellore and is near our house,” said another.

Even as Cases Rise, Europe Is Learning to Live With the Coronavirus