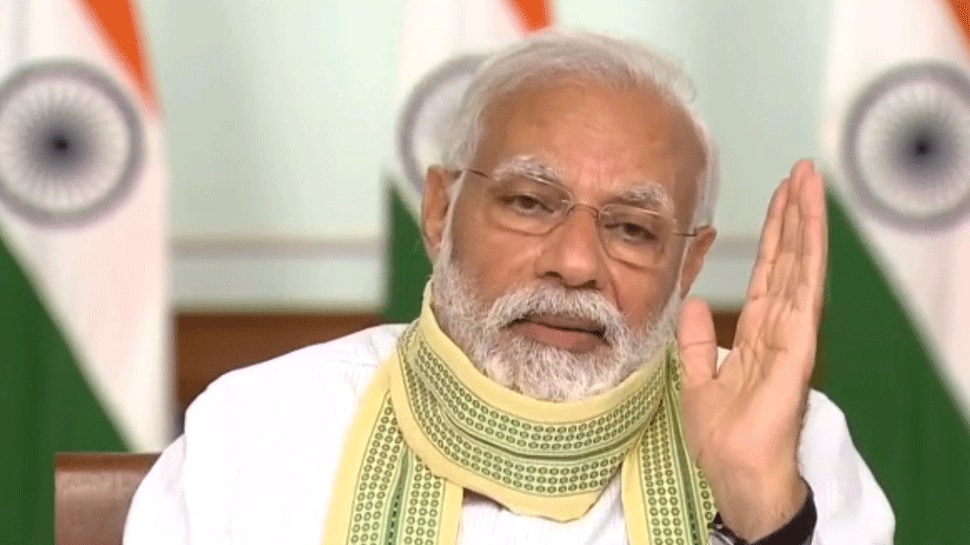 New Delhi: Prime Minister Narendra Modi on Friday said that the central government will soon take a decision on revising the minimum age of marriage for girls after it receives a report from the committee set up for this.

The Prime Minister said that the girls’ gross enrolment ratio in education has turned higher than that of boys for the first time in the country because of several efforts taken by the government in the last six years.

PM Modi made these remarks while addressing a video conference after releasing a commemorative coin of Rs 75 denomination on the 75th anniversary of the Food and Agriculture Organisation (FAO).

“There is an important deliberation going on to decide what should be the ideal age of marriage for daughters,” PM Modi said. The Prime Minister said he has been receiving letters from women from across the country, asking about the report of the committee and when the government will make a decision on it.

“I want to assure them, the government will soon take its decision after the submission of the report,” the PM said. In his Independence Day speech, PM Modi had announced that the government was deliberating on what should be the minimum age of marriage for women and has set up a committee to look into the matter.

Currently, the minimum age of marriage is 18 years for women and 21 for men. PM Modi highlighted the efforts taken by his government in the last six years to fight against malnutrition.

The Prime Minister said his government has taken an integrated and holistic approach to deal with the challenge of malnutrition. The government has adopted a multi-dimensional strategy to work on all those factors responsible for high malnutrition, he added.

The government has started National Nutrition Mission, PM Modi informed.Highlighting other achievements, the Prime Minister said the government has built 11 crore toilets across the country under the Swachh Bharat Mission and has launched Jal Jeevan Mission to provide piped drinking water.

The government is also providing sanitary pads at Re 1 to poor women, he further said.

“Because of these efforts, for the first time, the gross enrolment ratio of girls in education is more than that of boys,” PM Modi said.

How Long Can N.Y.C. Museums Survive at 25 Percent Capacity?

A Divided Nation Agrees on One Thing: Many People Want a Gun

There Will Be No Trump Coup

Meet the Philosopher Trying to Explain the Coronavirus Pandemic

How Long Can N.Y.C. Museums Survive at 25 Percent Capacity?

A Divided Nation Agrees on One Thing: Many People Want a...