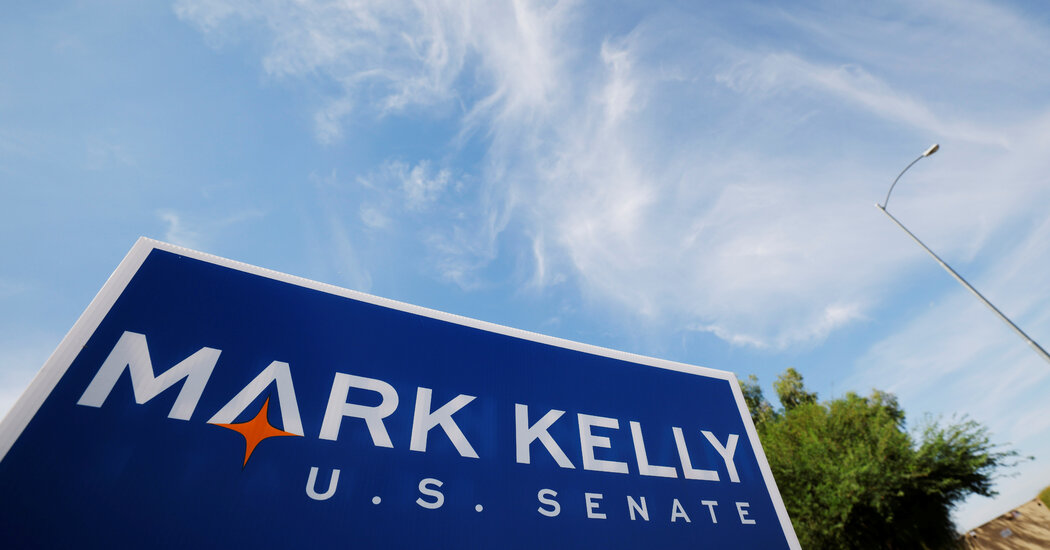 Democratic candidates in competitive Senate races received another surge in donations over the last few months, with some breaking fund-raising records in their states and many entering the final weeks of the campaign with significant stores of cash, according to new quarterly filings with election authorities this week.

ActBlue, the central platform for donations to Democratic candidates and causes, announced that from July 1 to Sept. 30, it had processed $1.5 billion in contributions — an amount roughly equal to what the site raised during the entire 2018 election cycle, and one far exceeding the $623.5 million that the equivalent Republican platform, WinRed, took in during the quarter.

Mark Kelly, the Democratic Senate candidate in Arizona, was among those who reported raising another enormous sum. Mr. Kelly’s campaign took in more than $38.7 million in those three months, and polls in the state show him with a widening advantage over the Republican incumbent, Senator Martha McSally. His campaign indicated that it had entered October with $18.8 million in cash on hand.

In Maine, the Democratic challenger, Sara Gideon, took in $39.4 million in her effort to unseat Senator Susan Collins, the Republican incumbent, whose campaign raised $8.3 million. Ms. Gideon reported $22.7 million in cash on hand, compared with nearly $6.6 million for Senator Collins, who received an endorsement from former President George W. Bush in August.

Jaime Harrison, the Democrat challenging Senator Lindsey Graham, Republican of South Carolina, shattered the record for Senate campaign fund-raising in a quarter, taking in more than $57 million in the period in question. Mr. Harrison’s campaign reported having nearly $8 million in cash at the start of the month.

Senator Graham’s campaign reported having raised $28.5 million over the same time. As he leads slightly in polling in South Carolina, and as his leadership of the Senate Judiciary Committee has drawn particular attention in his push to confirm President Trump’s third Supreme Court nominee, his campaign indicated that it had nearly $14.8 million in cash on hand.

Biden won’t say whether he would consider adding seats to the Supreme Court.

Ayodhya mosque likely to be square-shaped; know other details