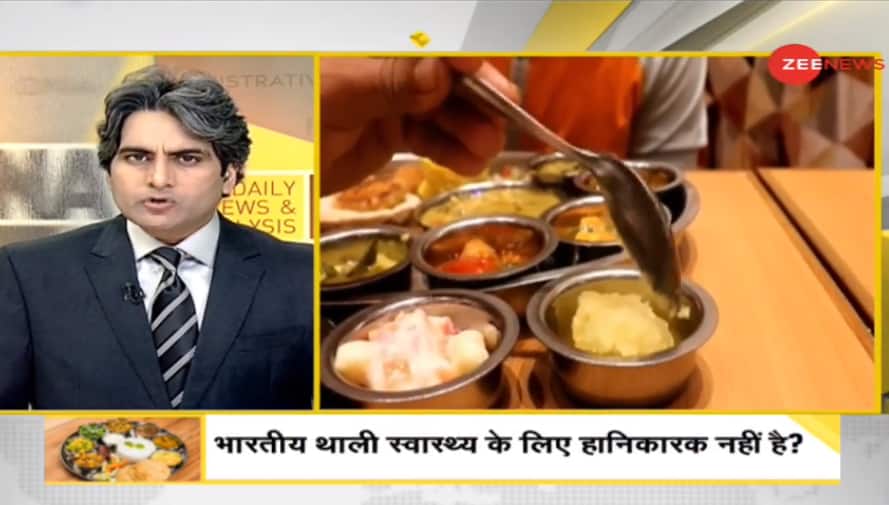 New Delhi: Although the coronavirus pandemic has of late shaken the world, the problem of hunger is more deadly. The global community has failed to find a feasible solution to this eternal issue despite its efforts for the past several decades. A United Nations report said that more people die due to hunger in the world than the combined number of deaths due to AIDS, Tuberculosis (TB),  and Malaria every year. 90 million people die due to hunger every year in the whole world, it added.

On World Food Day, the DNA report prioritised the problem of hunger in its analysis. The figures of the Global Hunger Index were also released, but you will probably be ashamed to see India’s position. A total of 107 countries have been included in the 2020 Global Hunger Index and India ranks 94th, while the countries like Pakistan, Bangladesh, Sri Lanka, Nepal, Tanzania, Burkina Faso, and even Ethiopia are in better condition than India.

In terms of child malnutrition, India ranks first in the world. Last year, India stood at 102 in the list of 117 countries. The index clearly shows that India’s position is not improving. Notably, about 19 crore people in India sleep with a hungry stomach on an average day.

According to the Food and Agriculture Organization of the United Nations, 33 percent of the food produced in the world never reaches the plate of the needy, about 45 percent of fruits and vegetables go waste before reaching the people, while 35 percent of seafood and 30 percent of cereals also meet the same condition.

If 25 percent of the food wasted in the whole world can be saved, then 82 crore hungry people around the world can be fed, according to an estimate. The UN report opines that the amount of food wasted every year globally is more than 130 million tonnes. This is equivalent to 4000 Empire state buildings and also equal to the weight of 70 million Blue Whales. Developed countries waste the food of around Rs 47 lakh crore, while the developing nations waste the food worth Rs 22 lakh crore every year.

Benjamin Franklin, one of the founders of America, once said he has seen more people dying because of more food than of hunger. Benjamin Franklin said this 300 years ago, but this is still being witnessed. Obesity has emerged as the biggest problem in the world. The reason is found that the size of our food plate has constantly increased but the majority of us are not aware of what to eat and what to avoid to keep them healthy.

The National Institute of Nutrition, which determines the scale of nutrition in India, has released a report – What India Eats. According to the report, a person should consume 150 grams of fruits, 90 grams of lentils, eggs, or meat, 20 grams of dry fruits, 27 grams of oil or ghee, 270 grams of grains, 350 grams of green vegetables, and at least 300 ml milk or curd in a day.

The four key points of this report are:

1. On average, a person needs 2000 calories a day. According to the report, a person takes 1943 calories in cities of India, while people in villages consume 2081 calories.

3. The amount of fat and oil in the urban plate is almost double as compared to the rural. People living in cities are eating about 13 percent fat (ghee and oil items), the biggest contributor to this is junk food. Whereas the junk food forms merely 7 percent of the rural plate.

4. You often think that how much calories are in your food. This you can understand through the details given below.

As many as 63 percent of people in the villages of India cannot buy nutritious food. It means 6 out of every 10 people living in villages fail to get nutritious food. A nutrient-rich plate in rural areas costs Rs 45 on average, but due to poverty, most of them are unable to avail of it.

Moncef Slaoui Talks to Kara Swisher About the Coronavirus Vaccine and Working for Trump’s...

New war memorial built for 20 Indian soldiers who martyred in clash with Chinese...

The Private Sector Can’t Pay for Everything