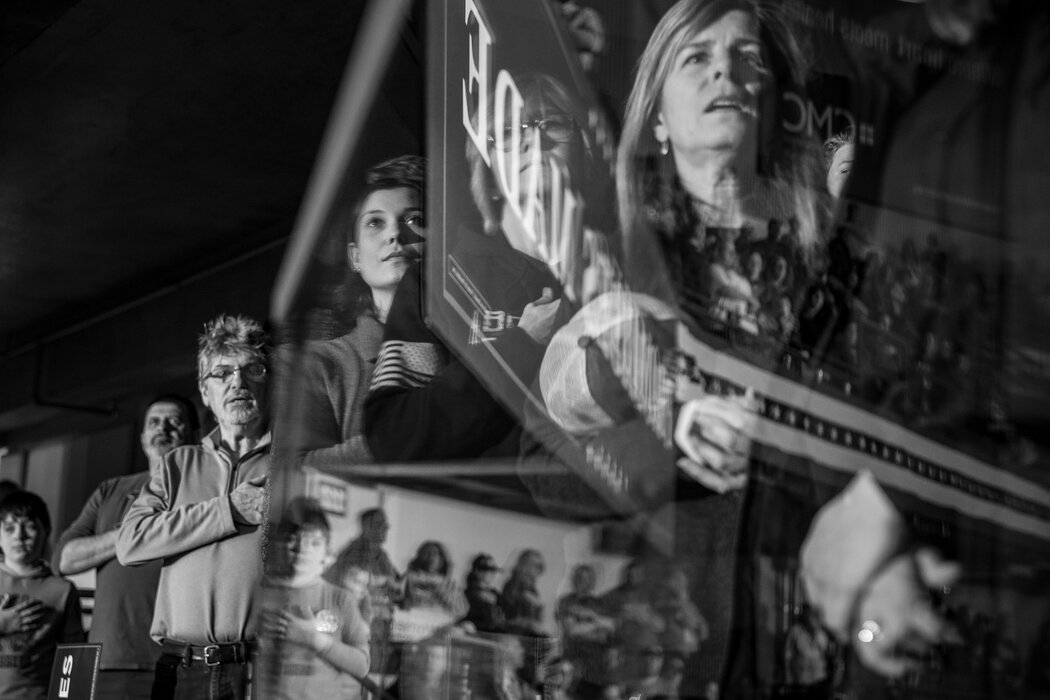 Kathleen Kingsbury, acting editorial page editor, wrote about the editorial board’s verdict on Donald Trump’s presidency in a special edition of our Opinion Today newsletter. You can read it here.

The Trump presidency has been such a five-alarm fire that many people are understandably consumed with trying to put out the flames or simply survive it. But there will come a day, hopefully in the not too distant future, when people have the breathing room to investigate how the fire got started.

It’s tempting to heap scorn and blame on President Trump’s millions of enthusiastic supporters. Without their adoration, he wouldn’t have been able to do the damage he has done. But there are good reasons to refrain. Calling large swaths of the American electorate deplorable turns out to be an ineffective way to gain their backing.

Another reason: The mess the nation faces is bigger than Donald Trump. If he is voted out in November, the people who cast ballots for him will remain, pining for the policies he promoted. About 40 percent of American voters want tariffs and a border wall. More than half say it’s important to deport more undocumented immigrants.

Much ink has been spilled about whether Trump supporters voted for him out of economic anxiety or racial anxiety, with plenty of studies concluding the latter. But spend time at a dying factory and you might see how difficult it can be to disentangle the two.

For the past four years, I’ve followed a group of steelworkers in Indiana — men and women, Black and white — who had worked at a factory that moved to Mexico. I watched them agonize about whether to train their Mexican replacements, or stand with their union and refuse. I watched them grieve the plant like a parent. I followed them as they applied for new jobs, some of which paid half as much as they made before.

A machinist named Tim carried his steelworker union card in his wallet for years after the factory closed, just to remind himself who he was. Tim grew up in a union household. His dad had been an autoworker; his grandfather, a coal miner.

“We always voted Democrat because they looked after the little man,” Tim told me. “My father went to his grave and I can guarantee you he never voted for a Republican.”

Tim had such faith in Democrats that he didn’t worry when President Bill Clinton pushed the North American Free Trade Agreement over the finish line in 1993. Nor did he worry when Mr. Clinton normalized trade with China in 2000. But then the factory where Tim worked moved to Shanghai. And the next one moved to Mexico.

By the time I met Tim, he loathed the Clintons and the Democratic Party. Democrats had gotten in bed with the corporations, while no one was looking. Tim felt betrayed, and politically abandoned — until Mr. Trump came along.

College-educated people scoffed at Mr. Trump’s promises to bring back the factories. The factories are never coming back, they insisted. But even false hope is a form of hope, perhaps the most ubiquitous kind.

There is little doubt that Mr. Trump is president today because of blue-collar people like Tim who were once a reliable pillar of the Democratic Party. About 55 percent of voters who expected to support Mr. Trump during the 2016 primaries identified as working class, according to a 2015 study by the Public Religion Research Institute. Fewer than a third who backed other Republican candidates identified as such.

Those defections stemmed in part from anger over more than five million factory jobs that went to China in the 2000s. Workers who made instrument panels for G.M. trucks in Michigan, stitched shirts in Pennsylvania and sanded wooden dressers in North Carolina saw alarming increases in child poverty, single motherhood, deaths from alcohol and drugs and reliance on public assistance.

Exposure to trade with China led to “sizable increases in the likelihood of G.O.P. victory in majority-white non-Hispanic congressional districts from 2002-2010,” said a study co-written by David Autor, an economics professor at the Massachusetts Institute of Technology. Hillary Clinton would have won Pennsylvania, Michigan and Wisconsin — and thus the presidency — in 2016 had the economic blow of imports from China been half as big, the report concluded.

It is worth noting that many of those same counties that hemorrhaged factory jobs also saw large increases in undocumented immigrants competing for the unskilled jobs that remained — cleaning hotel rooms, slaughtering chickens and mowing lawns. Their arrival fueled still more resentment of the world beyond America’s borders.

Anger about globalization is not confined to the right. It fueled the rise of Bernie Sanders, who won the endorsement of the steelworkers I followed. The same week I met Tim, I interviewed an anarchist facing criminal charges for his role in the disruption of Mr. Trump’s inauguration when windows were smashed and a limousine was set on fire. Why had he became an anarchist? NAFTA and the tyranny of global capitalism, he said.

To many, that anger can seem silly or misplaced. Free trade and globalization have undoubtedly made the country richer. But those riches have flowed disproportionately to the few with capital and education, while globalization’s downsides have piled on the shoulders of the most vulnerable Americans.

NAFTA has come to symbolize a world order crafted by elites, for elites. The deal traded away blue-collar factory jobs in exchange for white-collar opportunities to invest in Mexico’s banking and insurance sectors. Today, even its biggest supporters admit that it resulted in a net loss of American jobs.

In hindsight, it seems inevitable that globalization would cause a backlash. During the height of euphoria about free trade in the 1990s, the philosopher Richard Rorty predicted that workers “will sooner or later realize that their government is not even trying to prevent wages from sinking or to prevent jobs from being exported.” At that point, he wrote, parts of the electorate “will decide that the system has failed and start looking around for a strongman to vote for — someone willing to assure them that, once he is elected, the smug bureaucrats, tricky lawyers, overpaid bond salesmen and postmodernist professors will no longer be calling the shots.”

In countries from Britain to Brazil, voters have elected leaders who promised to reverse decades of international economic integration. Most of those populist movements are right wing. The rebellion against free trade and globalization has largely taken the left by surprise. Dani Rodrik, an economics professor at Harvard who is perhaps the country’s most prominent skeptic of unfettered globalization, lamented in an article a few months before Mr. Trump’s election that left-wing parties around the world had failed to present viable alternatives to protectionism and walls.

Since then, the landscape has changed. Joe Biden, who once whole-heartedly embraced free trade, acknowledges the harm it’s inflicted on the working class. Mr. Biden’s economic plan includes a 10 percent tax on businesses that offshore manufacturing and a 10 percent tax credit for companies that bolster job growth inside the United States. He has also put forth a plan to spend $2 trillion over four years on green energy infrastructure.

“Biden, the nominally centrist candidate, has a platform that is far more progressive than Hillary Clinton’s on economics,” Mr. Rodrik told me in an email. “But the proof of the pudding is in the eating, and we will see whether Biden will deliver real change if elected.”

Many Americans who longed for a strongman will vote for Mr. Trump again. They revere him for tearing up NAFTA (even if the new version looks an awful lot like the old one) and slapping tariffs on Chinese imports and Korean washing machines (even if his unpredictable trade war forced the deepest contraction in the manufacturing sector in a decade).

Yet, working-class voters who look a little deeper will notice something strange about their perceived champion: He is against unions. His first Supreme Court pick, Neil Gorsuch, helped erode the ability of unions to collect dues and fees in a landmark case. Another strange thing: The Trump administration’s interim trade deal with China focuses far more on opening up the Chinese banking and insurance sectors than on creating blue-collar jobs.

Also, Mr. Trump’s 2017 tax cut favored corporations and shareholders — including those who aren’t American citizens. Money that would have flowed into the U.S. Treasury went instead into their pockets and deep bank accounts. The companies used much of it to buy back their own stock, making their owners richer, instead of hiring and training new workers or increasing pay. The buybacks were so shameless that even Mr. Trump couldn’t defend them.

“We thought they would have known better,” he told reporters.

President Trump is the one who should have known better. He’s either incompetent or he’s a Trojan horse who used blue-collar workers to get into the White House, only to hand over the keys to the one percent. Now that the Trump administration is trying to kill the Affordable Care Act, which millions of people depend on in the middle of a pandemic, it could not be more clear whose side he is on.

Health care is one of the things that sent Shannon, a steelworker I followed in Indiana, back to the Democrats, even though most people in her family still support Mr. Trump.

“He’s bragging that he’s saving all these jobs,” she told me. “But he’s not.”