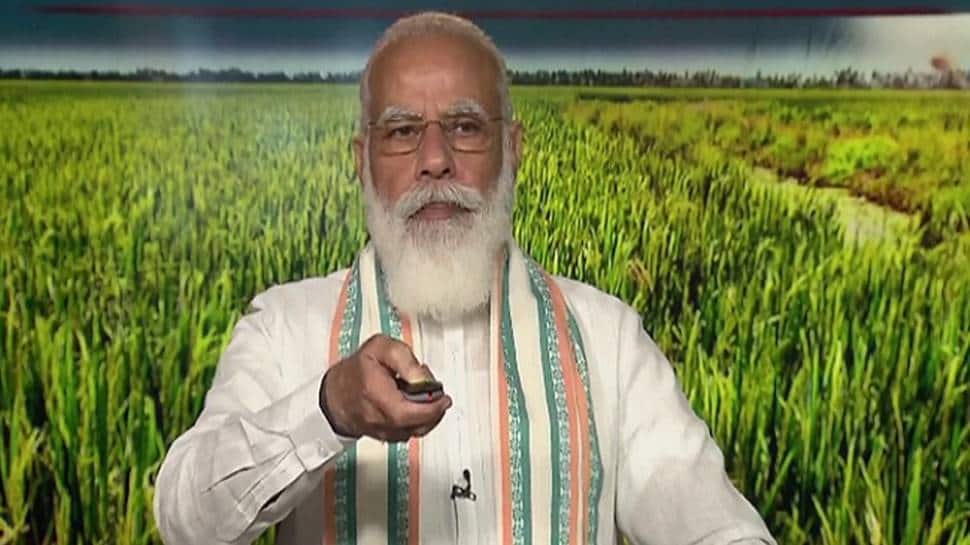 New Delhi: Prime Minister Narendra Modi on Friday asserted that the new farm laws will boost Indian farmers’ income and claimed that the Centre is committed towards procurement of agri crops at minimum support price (MSP) calling it an important part of the country’s food security.

PM Modi was making a virtual address on the 75th anniversary of the United Nations’ Food and Agriculture Organization (FAO). He also released a commemorative coin of Rs 75 denomination on the occassion.

“MSP and government procurement are an important part of the country’s food security. It is important that it continues to function with better facilities and in a scientific way. We are committed towards this,” he said.

Further, he said that efforts are being made to improve the infrastructure where farmers sell their produce so that MSP buying continues in a scientific way.

He said the government in the last six years has been investing in boosting infrastructure facilities at Agriculture Produce Marketing Committees (APMCs). APMCs (mandis) have their own identity and strength and they have been in the country for years, he added.

PM Modi called farmers and Anganwadi-Asha workers the basis of the movement against malnutrition. “While they have filled the granary of India with their hard work, they are also helping the government in reaching far and wide, poorest of the poor. Due to all these efforts, India is fighting a strong fight against malnutrition even in this crisis of Corona,” he said.

The prime minister claimed that in another important step in the nutrition campaign, a variety of 17 new seeds of crops including wheat and paddy were being made available to the farmers of the country.

Virginia Governor Can Remove Robert E. Lee Statue, but Not Yet, Judge Rules

Virginia Governor Can Remove Robert E. Lee Statue, but Not Yet,...