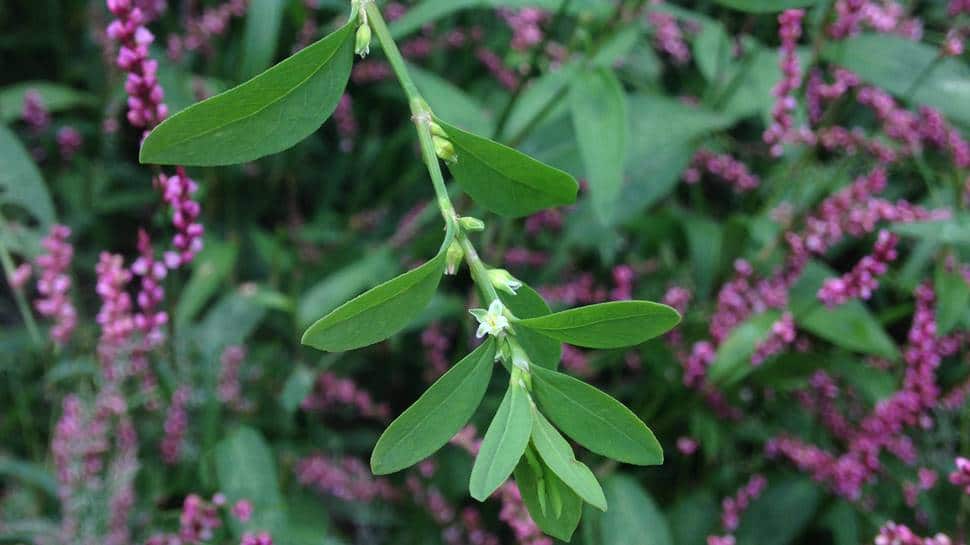 Chamoli: After spreading its roots at the world renowned Valley of Flowers situated at the Nandadevi National Park in Uttarakhand, Polygonum weed is now quickly spreading through the high regions in the Himalayas.

Its spread is posing a threat to the prized herbs and natural flora found in the region.

The study of wildlife, flora and herbs and the management plan of the Kedarnath Wildlife Division’s at the Century area and higher regions of the Himalayas has no mention of the Polygonum weed.

A 5-member team of forest officials led by Kedarnath Wildlife Division’s Deputy Conservator of Forests Amit Kanwar came across a shocking situation when they saw Polygonum plant in Tungnath and Nandikund which is at an altitude of 3460 meters above sea level.

“There was no polygonum anywhere in the century area of ​​the division till now. There is no mention of polygonum in the management plan made in the year 2010 for ten years. But this time polygonum yields have been seen in many Bugyal areas. A comprehensive plan is being made to uproot it,” Kanwar said.

The shrub-like weed with white flowers is on the bloom and is expanding its periphery here.

Also, the polygonum was spotted at the foothills of Nandikund Bugyal and the adjoining area which is located at a height of 3800 meters above sea level.

Kedarnath Wildlife Division has also recorded the threat of Polygonum in its Himalayan region in its management plan and visitor book.

In the Chamoli district, the Nanda Devi National Park Administration campaigns for the removal of polygonum from May to July in the Valley of Flowers, located at an altitude of 12995 feet above sea level. This shrub-like plant does not allow any other flowering plant to grow around it.

Before 1982, sheep were herded in the area at the valley. The grazing of the grass did not allow the polygonum to spread over a large area.

Reason, polygonum is the preferred bait of sheep. However, after it became a national park, grazing was banned in the region. Since then Polygonum has been posing a challenge for the Valley.

The Director of Nanda Devi National Park BP Singh said that polygonum is eradicated every year in the valley. This time also this work has been done before the month of August.

The World Heritage Valley of Flowers is always abuzz with tourists who feel like they are in a fairyland.

The place is a home to more than five hundred species of flowers. Along with this, the valley also houses the rarest world of rare species of wildlife animals, animals and birds and butterflies.

The valley was discovered in 1931 by famed British mountaineer Frank Smith. He spent a few days in the beautiful beauty of the valley and left with samples of flowers with him. Smith wrote a book called Valley Flower which created a furore all over the world. Since then the valley got a new identity.

Between the months of July-August, the Valley of Flowers spread over an area of ​​87.5 sq km witnesses the blooming season of all the rare species. This attracts a huge crowd of tourists who find the treasure of the biodiversity of the valley.

From Good Wine, a Direct Path to the Wonders of Nature

For Gregory Crewdson, Truth Lurks in the Landscape