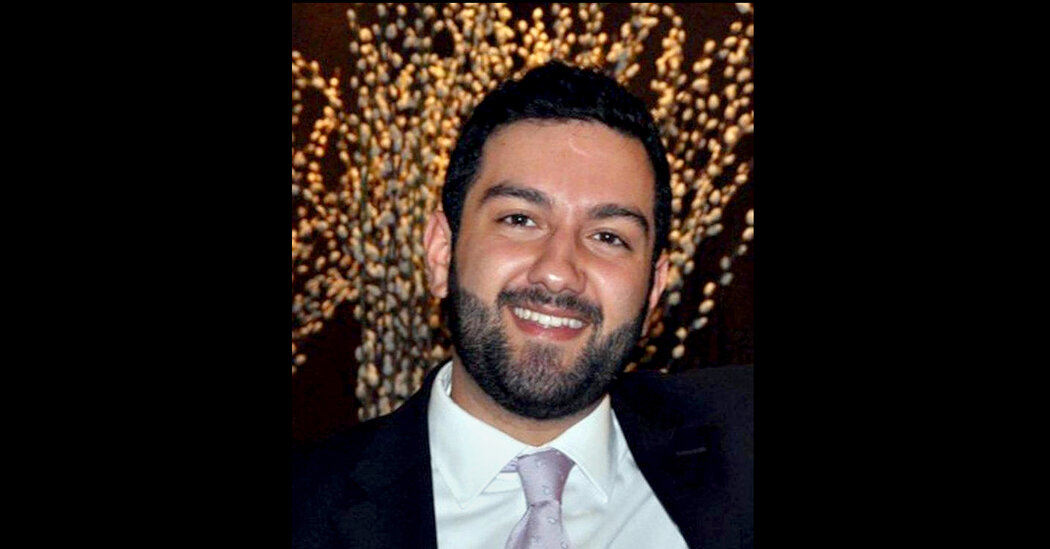 Two U.S. Park Police officers in Virginia were indicted Thursday on state manslaughter charges in a 2017 case in which they fired nine shots at close range into the car of a 25-year-old man, a prosecutor announced.

Each officer was indicted on single charges of manslaughter and reckless discharge of a firearm, according to the prosecutor, Steve Descano, the commonwealth’s attorney in Fairfax County. If convicted, the officers, members of the U.S. Park Police, a unit of the National Park Service within the Interior Department, face up to 15 years in prison, he said.

“Like so many others in our community, I was deeply disturbed by the images we saw on that cruiser video,” Mr. Descano said in a statement. “I wish this could have been done in a faster fashion. However, there is no shortcut to justice.”

The officers were placed on administrative leave after the shooting, a Park Police sergeant told The Washington Post. Mr. Descano said he expected the officers to turn themselves in after the indictment.

In November 2017, what started as a fender-bender turned into a deadly shooting in a matter of minutes. After a brief chase by the police, one of the motorists involved in the crash, Bijan Ghaisar, stopped at a stop sign. Two police vehicles surrounded his car and officers converged. Several shots were fired into his vehicle.

Mr. Ghaisar was shot four times on the left side of his head, and once in his right wrist, one of his family’s lawyers said. He died 10 days later.

Mr. Ghaisar’s actions that night should not “have led to his death,” Mr. Descano said.

The officers have said they acted in self-defense. In 2019, the Justice Department said it would not pursue charges against them because it was unable to disprove the officers’ claim of self-defense.

At a news conference on Thursday to announce the indictments, Mr. Descano said this was a “complex and nuanced case” involving “the careful review of 10,000 pieces of documentary evidence, the chasing down of additional evidence and the conducting of in-person interviews” amid a pandemic.

In a statement, Mr. Ghaisar’s family said: “Our Bijan suffered the most brutal terror and cruelty in his final moments of life. We know this because it was caught on police video and we watched it.”

A video of the shooting was released in 2018 by Chief Edwin C. Roessler Jr. of the Fairfax County Police Department. Fairfax County officers provided backup during the pursuit of Mr. Ghaisar, but, according to the chief, they did not discharge their weapons.

The driver who struck Mr. Ghaisar’s Jeep got a citation for failing to “maintain proper control,” according to the police report, which did not classify the episode as a hit-and-run.

It was not clear why the Park Police sought Mr. Ghaisar, given that they had cited the other driver.

The video captured by the county police begins about six minutes later, at 7:37 p.m. It appears to show the Jeep being pursued by a Park Police car, its lights flashing and sirens blaring. A Fairfax County police officer follows behind.

The chase continues along several residential streets. At 7:41 p.m., the Jeep stops at a stop sign, and the Park Police vehicle wheels around in front of it, effectively blocking it.

The video then appears to show one officer approach the Jeep’s driver-side door, with a gun drawn and pointed toward the door’s window. The Jeep moves slightly forward, and one gunshot rings out.

After a brief pause, three more shots are fired as the car continues to lurch forward. Another officer then approaches, and the sound of a fifth gunshot can be heard on the video.

After having come to a stop during the gunfire, the Jeep veers to the right — a few feet toward the stop sign and off the road. Two more gunshots can be heard.

The Jeep then lurches a few feet farther off the road and into a ditch, knocking over the stop sign as it begins listing. Another two gunshots can be heard.

At the news conference on Thursday, Mr. Descano said: “I wish this could have been done in a faster fashion. However, there is no shortcut to justice.”

Taking Hard Line, Greece Turns Back Migrants by Abandoning Them at Sea

A Biden ad on health care makes the personal political.