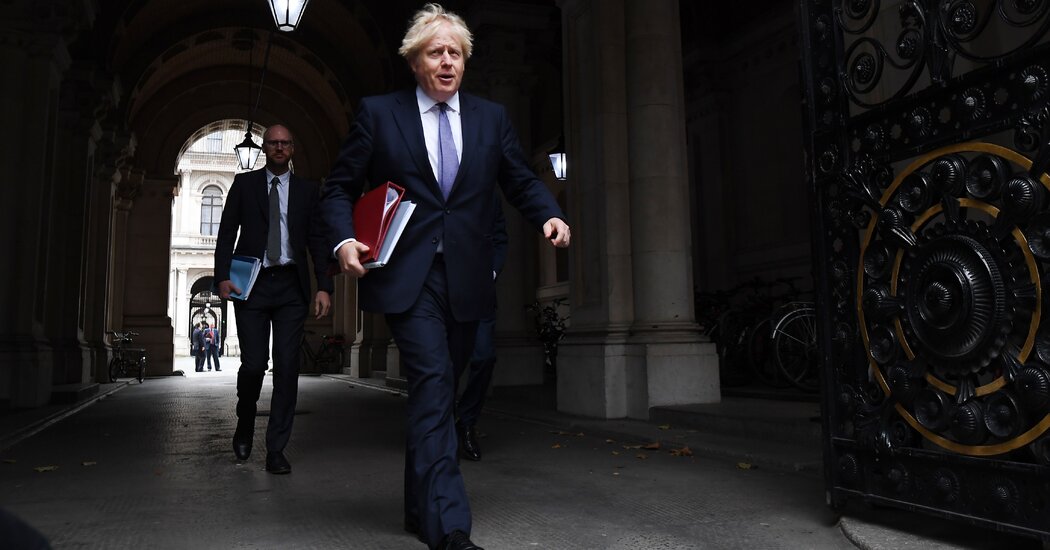 For Prime Minister Boris Johnson of Britain, the pandemic and the looming domestic upheaval it has overshadowed — Brexit — are linked.

The economic turmoil unleashed by the pandemic has raised the pressure on Mr. Johnson to avoid the self-inflicted disruption of ruptured negotiations with the European Union over Britain’s withdrawal.

The prime minister has now reached a moment of truth on the two issues that have dominated Britain this year: the pandemic and the withdrawal talks. But he is still playing for time, a strategy that could put lives or livelihoods at risk if he waits too long.

On Thursday, Mr. Johnson inched closer to imposing more limits on the country. But he stuck to his argument that the best way to curb the coronavirus was through targeted responses, not the two-week nationwide lockdown pushed by the opposition Labour Party and his own scientific advisers.

The prime minister also seemed ready to string out trade talks with Brussels, letting a self-imposed deadline pass on Thursday without a deal. While Mr. Johnson could torpedo the negotiations on Friday, after a two-day summit meeting of European Union leaders, analysts said the British government still appeared eager to strike an agreement by the legal deadline of Dec. 31.

Mr. Johnson’s reluctance to move decisively on either front, the virus or Brexit, risks making both worse, analysts say.

Dragging out the talks with Brussels could put Britain in a bind if the two sides hit an impasse as the clock runs out. Putting off a short lockdown — which experts have dubbed a “circuit breaker” — could necessitate a longer lockdown later, according to medical experts.

“If you’re going to do it, do it early, fast and hard,” said Devi Sridhar, chair of the global public health program at the University of Edinburgh. “The longer they delay, the less likely a two-week circuit breaker will work.”

Most bars and pubs will be closed starting Saturday in Lancashire, in northwest England, as the region of about one million people moves into the highest level of the country’s three-tier alert system, which is reserved for areas with the highest rates of infection. People will also be barred from socializing indoors with members of other households.

No Bushes, Reagans, Cheneys or McCains: Who Is Missing at Trump’s R.N.C.

The Freedom and Fulfillment of Home-Schooling