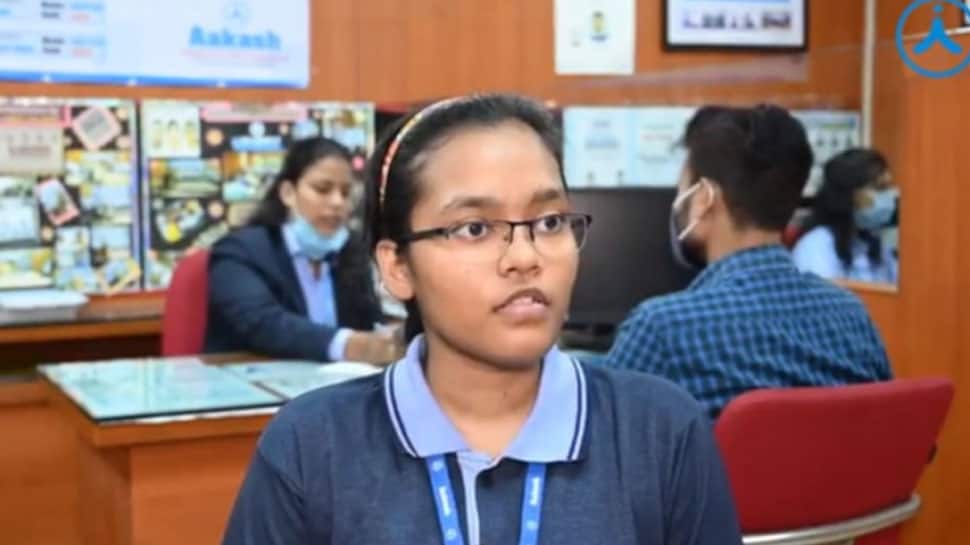 New Delhi: Akanksha Singh from Kushinagar, Uttar Pradesh, who scored 100 per cent marks in the NEET (National Eligibility-cum-Entrance Test) examination, believes that the lockdown period gave her extra time to prepare for the medical entrance exam unlike other students who demanded that the exam be postponed. She has credited her success to her parents and God.

Akanksha at first wanted to write the civil services exam. She said, “I used to think of becoming an IAS officer till the eighth standard. Then AIIMS hospital at Delhi became an inspiration for me after which I started preparing for NEET.”

Akanksha`s father is a retired Indian Air Force (IAF) officer and mother Ruchi Singh is a primary school teacher in a village.

The NEET topper, who studied in Kushinagar till the 10th standard, thanked God and her parents for her success. Akanksha passed her 11th and 12th class from Delhi`s Pragati Public School. Apart from studies, she likes listening to songs.

“I wanted to become a doctor. After passing class 10, I came to Delhi for my plus two (class 11 and 12) and also joined coaching here,” Akanksha said.

After taking the NEET exam, 17-year-old Akanksha expected to score 700 of 720 marks. However, she got better results than expected and scored 720 of 720.

Expressing satisfaction over her exam result, Akanksha said, “I studied for 10 to 12 hours daily and followed the study material provided to me by my coaching institute. I also took online classes and watched public motivational videos.”

She aspires to conduct research in neurosurgery. She said, “After completing my MBBS, I plan to pursue research and practise medicine.”

The corona pandemic has made Akanksha realise the necessity of doctors given their role in the current situation. She said, “The manner in which doctors have performed their duty, risking their lives during the corona crisis is an inspiration for thousands of people like me. It has made me realise the importance and responsibilities of a health worker.”

The National Testing Agency (NTA) on Friday released the results of the NEET 2020 exam on its official website. With the declaration of results, the NTA has also released the final Question and Answer (Q&A) keys.

Both Akanksha Singh from Delhi and Soyeb Aftab from Odisha are the top scorers in the NEET exam securing 720 of 720 marks.

The Dog Days of Quarantine

The F.D.A. Wanted to Ban Some Hair Straighteners. It Never Happened.