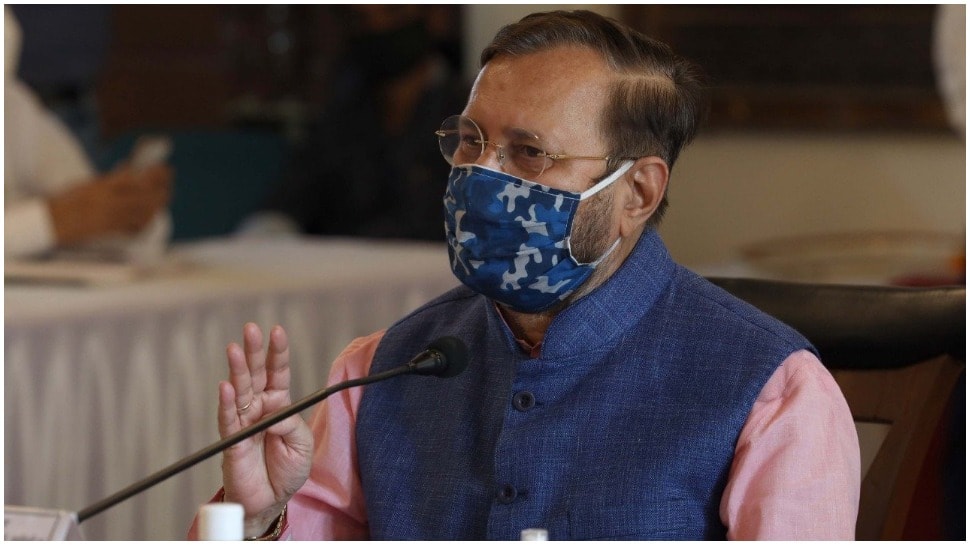 New Delhi: Minister of Environment, Forest and Climate change Prakash Javadekar on Sunday (October 18, 2020) said that the introduction of the BS-VI compliant vehicle standard is a revolutionary step towards the reduction of vehicular pollution.

“Transition to BS-VI standard is another revolutionary step in mitigation of vehicular pollution,” said Javadekar.

He also stated that the BSVI fuel reduces the NOx emission by 70% in diesel cars, by 25% in petrol cars and reduces particulate matter (PM) in vehicles by 80%.

It was a wonderful interaction on #FacebookLIVE with all. Transition to BS-VI standard is another revolutionary step in mitigation of vehicular pollution. BS-VI fuel reduces NOx emission by 70% in diesel cars, by 25% in petrol cars & reduces particulate matter in vehicles by 80%. pic.twitter.com/WmQcuGXT18

While interacting live on his Facebook, he also talked about the issue of air pollution and the steps being taken by the Central government to combat it.

Javadekar stated that Prime Minister Narendra Modi had announced that a holistic approach towards reduction of air pollution is being implemented across the country and the Ministry of Environment through the National Clean Air Programme (NCAP) is implementing the same across 122 cities in the country.

The Union Minister said that the whole world is facing the issue of air pollution and talking on the factors of air pollution, Javadekar said that in India, the primary reasons for air pollution are vehicular emissions, industrial emissions, dust from construction and demolition sites, biomass burning, poor waste management and stubble burning. Pollution in northern India during winters gets exacerbated when these factors combine with geographical and meteorological factors.

“Operationalization of Eastern and Western Peripheral Expressway has eased congestion by diverting traffic from Delhi,” said the Union Minister and urged all to minimise the use of personal vehicles and instead use the metro and other public modes of transport. He also urged people to switch to cleaner modes of transport.

The Minister said that the metro expansion has helped a lot to reduce congestion and pollution. “Metro expanded with more stations and coaches avoiding pollution from 5 lakh vehicles.”

He highlighted the steps to reduce industrial emissions which include the closure of Badarpur and Sonipat Thermal Power Plants, conversion to zig-zag technologies in Brick Kilns, 2800 industries switching to PNG fuel and ban on pet coke and furnace oil.

Union Minister told the netizens about CPCB’s SAMEER App by appealing to everyone to download the app, which gives complete information about the polluted areas in various cities across the country and informed that it identifies areas having heavy pollution with a red mark.

Backed Into a Corner

The Artist Whose Medium Is Science