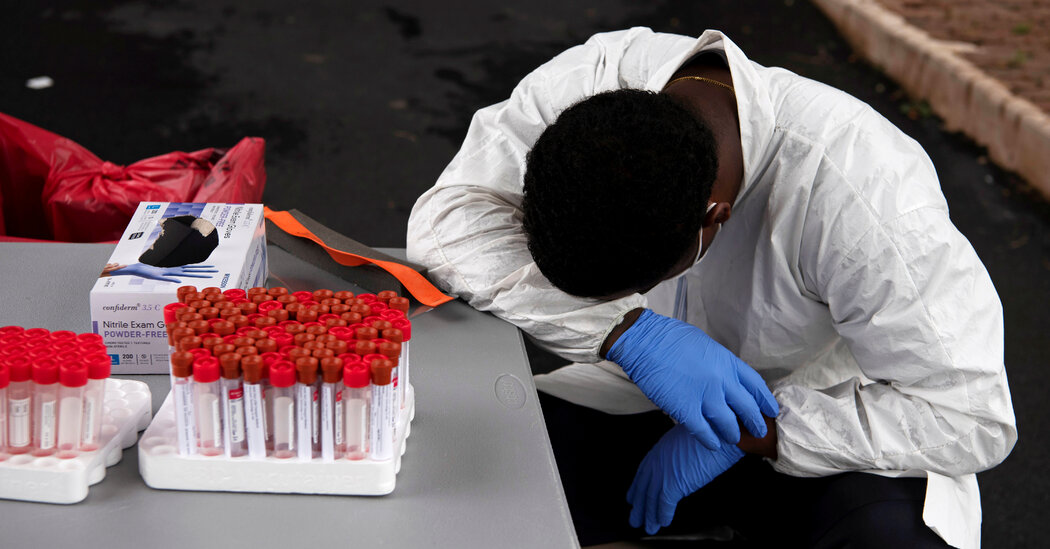 Just three days after classrooms reopened for in-person learning, teachers in the Houston Independent School District, the seventh-largest public school system in the nation, staged a sickout to protest what they view as lax Covid-19 safety procedures.

The move came a day after the district loosened its strict policy regarding the closure of schools when cases are detected in them. The protest is the latest example of the difficulties that school districts and teachers around the country are navigating as they attempt to resume in-person instruction. On Wednesday, Boston public schools suspended the phased reopening of in-person classes.

Houston schools reopened its 280 schools on Monday. The next day, 16 of them were forced to close again because someone had tested positive on campus, according to the district. Administrators responded with an announcement on Wednesday that schools would no longer be closed when just a single person tests positive, a stricter policy than many other large districts across the nation had adopted.

Now it will take two sick people to close a campus. When there is just one, the infected person and others who were directly exposed will be isolated and “if possible, sent home,” and the campus will be disinfected overnight.

“Learning will continue as normal, with students and staff remaining in their assigned classrooms throughout the day to limit movement and contacts,” the district said in a statement. “If two or more confirmed positive cases are reported on a campus, the campus will close and shift to virtual learning to adequately identify contacts of positive cases.”

Dozens of teachers in at least 35 campuses called in sick on Thursday to protest the district’s policies on social distancing — including allowing students to be within three feet of one another — and on class size, according to one of the leaders involved. Teachers with chronic health conditions have been forced to report to work while their applications for accommodations are reviewed, and requests to switch to virtual teaching are being denied even for people with cancer, the leader said.

The school district declined to confirm how many teachers called in sick.

“Face-to-face instruction will continue to occur with safety measures in place in accordance with guidelines provided by the C.D.C., state and local health authorities,” the district said in a statement. “The health, safety and well-being of our students and staff remains our top priority as we work to meet the educational needs of all families in the district.”

[A photo caption accompanying an earlier version of this article misidentified the location of a mural about the pandemic. It was in New York City, not Houston.]

Night curfew, cap on wedding guests: Restrictions imposed by Delhi and other cities to...