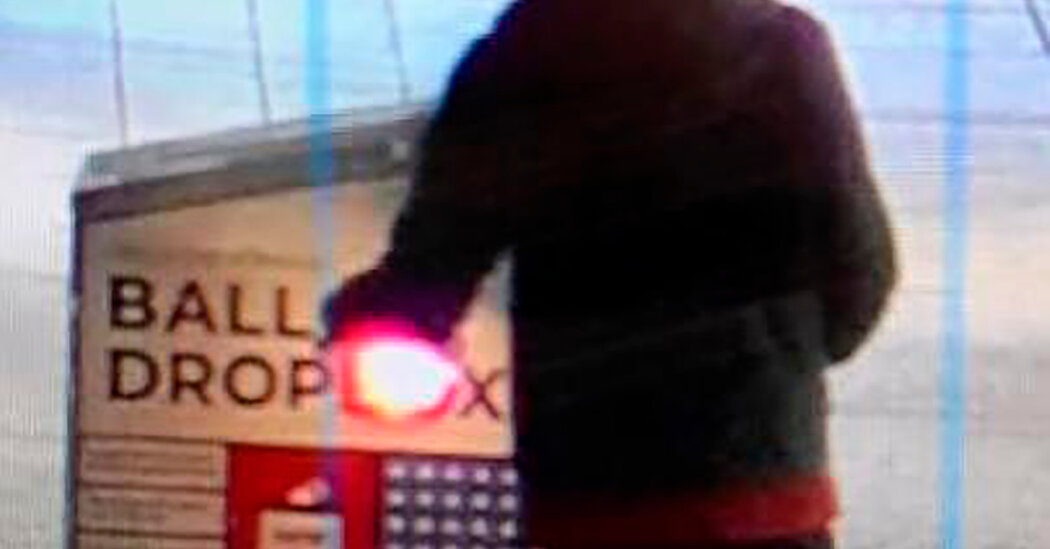 Massachusetts officials have ordered increased security around drop boxes used to collect mail-in ballots after what they said was an arson attack on one in Boston.

The city’s mayor and the state’s top elections official called the act of vandalism a “disgrace to democracy” and asked the F.B.I. to help find the arsonist, who was visible on security camera images that were released by the Boston Police Department.

The arson comes days after a drop box was set on fire in the Los Angeles suburb of Baldwin Hills, Calif., damaging or destroying many completed ballots.

The Boston episode happened shortly after 4 a.m. Sunday in one of the busiest parts of the city, outside the Boston Public Library’s Central Branch. The drop box held 122 ballots at the time of the fire, 35 of which were damaged, elections officials said.

“What happened in the early hours of this morning to the ballot drop box in Copley Square is a disgrace to democracy, a disrespect to the voters fulfilling their civic duty, and a crime,” Mayor Martin J. Walsh and the Massachusetts secretary of state, William F. Galvin, said in a joint statement.

Mr. Galvin’s office referred the matter to the F.B.I., which said on Sunday night that it had opened an investigation.

Elections officials advised that anyone who used the drop box after 2:30 p.m. on Saturday, when ballots were last collected, should check the status of their ballot. The city will mail new ballots to all of those voters whose ballots were identified in the drop box and will hand-count those ballots that were still legible if new ones are not recast.

With tens of millions of Americans expected to vote by mail this year, in part because of the coronavirus pandemic, many states have set up drop boxes for voters to hand deliver them. The ballot box in Copley Square was not destroyed and is back in use.

The Country Is Reopening. Is It Safe to Play Softball Again?

Biden’s ‘most cops are good’ comment rankles some progressives.