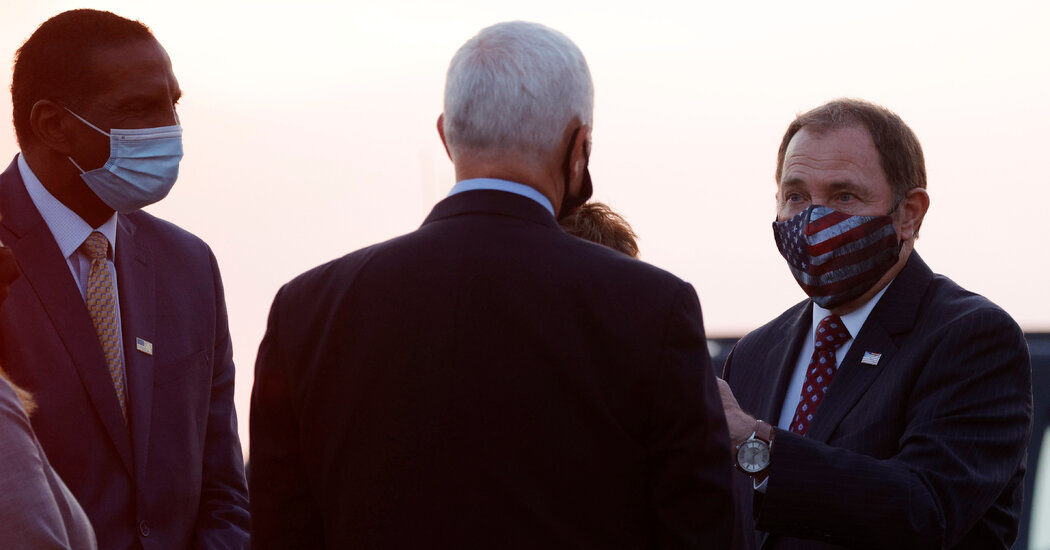 Burgess Owens, a former professional football player running as a Republican in one of the country’s tightest House races, accepted more than $130,000 in contributions that were over the legal limit, raising questions in the final stretch of the election about his compliance with campaign finance laws.

Mr. Owens, a frequent commentator on Fox News who is challenging Representative Ben McAdams, Democrat of Utah, reported bringing in a staggering $2.5 million during the third quarter fund-raising period, one of the biggest hauls for a Republican congressional candidate.

But a review of his campaign’s financial disclosures showed that at least $135,500 — about 40 percent of the cash his campaign currently has on hand in the final stretch — was ineligible because the donors had contributed more than the legal limit.

Individuals may donate up to $2,800 to a federal candidate per election, according to limits published by the Federal Election Commission.

When campaigns receive donations from individuals that exceed those caps, officials must either refund the illegal contributions or reattribute them. The F.E.C. reached out to the campaign in August identifying one such excessive contribution, which the campaign refunded. But the campaign declined to say whether it had addressed the rest of the donations, or planned to.

“With over 50,000 donors and with many campaign donations made electronically, excess contributions can occur without the campaign’s knowledge,” Jesse Ranney, a spokesman for the campaign, said in a statement. “That is why the F.E.C. has processes in place to handle this situation.”

Such violations can come with fines in the tens of thousands of dollars, and can cast a cloud over campaigns. Representative Mia Love, the Republican who held the Utah district before Mr. McAdams, came under fire for accepting excessive contributions, as did Senator Joni Ernst, Republican of Iowa, in her 2014 campaign.

But the issue could prove particularly thorny for Mr. Owens, who has touted his fund-raising abilities and is in a deadlocked race. A September poll showed Mr. McAdams with a slight lead, but strategists in both parties have since acknowledged that the race has tightened.

A decades-long organizing effort led by Black women delivered Georgia to Democrats in 2020.

What the Kamala Harris Pick Tells Us About Joe Biden

Please Let Me Terrify Some Kids on Halloween