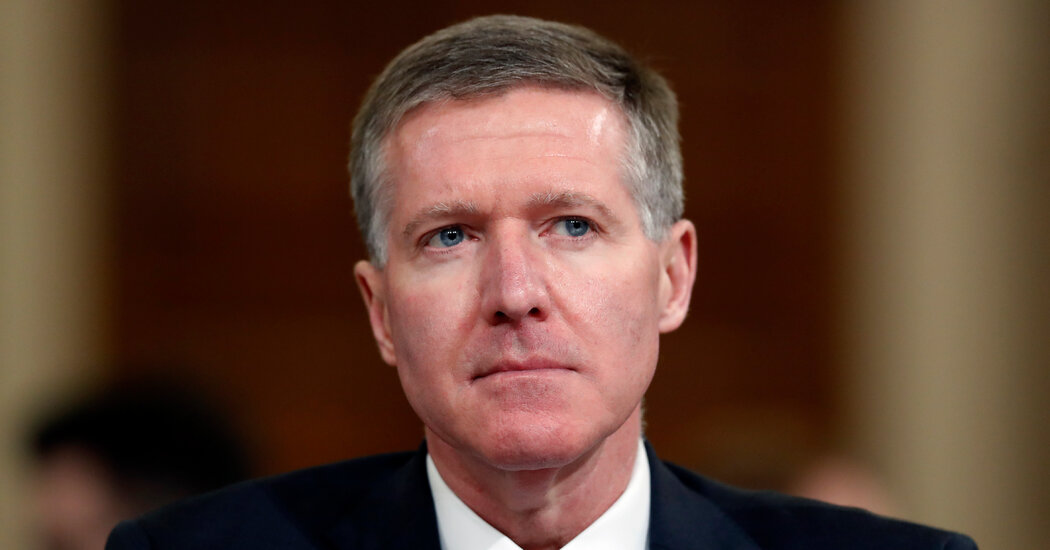 A group of 20 Republican former federal prosecutors endorsed former Vice President Joseph R. Biden Jr. on Tuesday, calling President Trump “a threat to the rule of law in our country” who uses the Justice Department “to serve his personal and political interests.”

“He has politicized the Justice Department, dictating its priorities along political lines,” the signatories said in an open letter. “We do not support his re-election.”

The letter, organized by Ken Wainstein, who served as a top national security adviser to President George W. Bush and as the U.S. attorney in Washington, is the latest example of prominent Republicans supporting Mr. Biden. Others include former governors, Congress members and national security officials.

The letter from the former U.S. attorneys includes signatures from appointees of every Republican administration since President Eisenhower’s.

“The president has clearly conveyed that he expects his Justice Department appointees and prosecutors to serve his personal and political interests in the handling of certain cases — such as the investigations into foreign election interference and the prosecution of his political associates — and has taken action against those who have stood up for the interests of justice,” the letter said.

The prosecutors accused Mr. Trump of “picking political fights with state and local officials in a naked effort to demonize and blame them for the disturbances in our cities,” a posture that they say has made it harder for the federal government to quell the unrest over policing that has broken out across the country in recent months.

The letter argued that Mr. Biden would work to unify the country, rather than stoke division — “the key to meeting the challenges that our country is facing.”

“Joe Biden and his Justice Department will make every effort to unite law enforcement and the nation in the pursuit of justice,” the letter said, “and to build a criminal justice system that provides equal justice under the law.”

The Trump campaign dismissed the letter. “No one should be surprised establishment elitists are supporting Joe Biden,” said Hogan Gidley, a spokesman for the Trump campaign. “President Trump has the support of brave men and women of law enforcement across this country and the unions representing those groups.”

While Mr. Trump has the strong backing of police unions and sheriffs, the letter said that it is Mr. Biden who has “devoted his career to supporting law enforcement,” noting that protecting law enforcement also includes preserving the independence of the Justice Department and the fair and impartial application of the law.

Shocking! Man confines wife inside toilet for over a year in Haryana`s Panipat

Still Processing Podcast: ‘Waiter, There’s a Fly in Our Bubble’