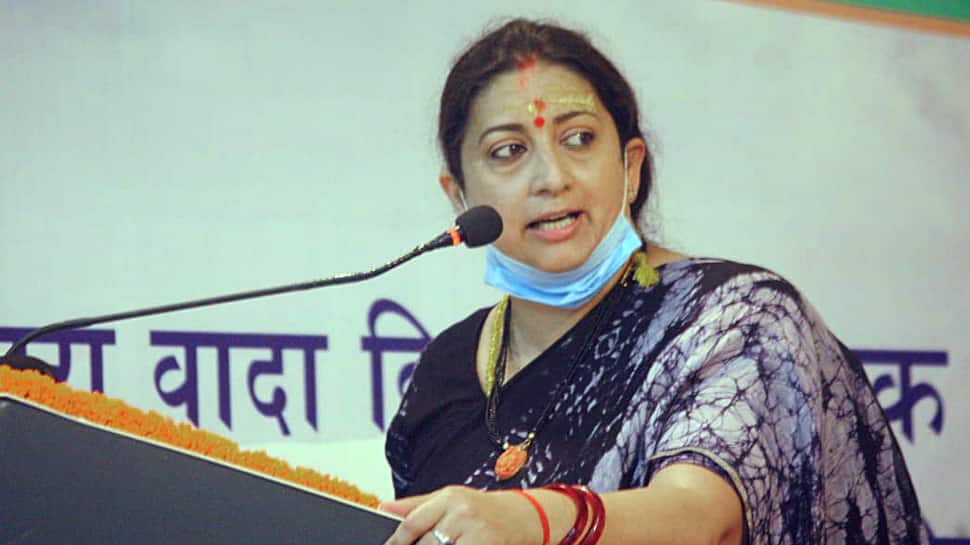 Union Minister Smriti Irani has tested positive for coronavirus COVID-19. Taking to micro-blogging site Twitter on Wednesday, Irani requested those who came in contact with her to get themselves tested at the earliest.

The Union Cabinet Minister for Textiles and Women & Child Development tweeted, “It is rare for me to search for words while making an announcement; hence here’s me keeping it simple–I’ve tested positive for COVID and would request those who came in contact with me to get themselves tested at the earliest.”

It is rare for me to search for words while making an announcement; hence here’s me keeping it simple — I’ve tested positive for #COVID and would request those who came in contact with me to get themselves tested at the earliest

On October 24, Irani had addressed a couple of election rallies in Bihar. In a stinging attack on the opposition RJD in Bihar, Irani had asserted that “riches acquired through the fodder scam” will find no takers among the self-respecting people of the state. The firebrand BJP leader also invoked the imagery of Laxmi, the goddess of wealth, and remarked that people knew “she comes carrying the lotus and not the lantern”, an obvious allusion to the poll symbols of BJP and the RJD respectively.

“When the self-respecting people of Bihar pray to Goddess Bhagwati, they seek the strength to earn their bread through hard work. They do not seek a share in wealth earned through chaara ghotala”, Irani had said, in an apparent reference to RJD supremo Lalu Prasad who is in Ranchi, serving sentences in fodder scam cases.

Prasads younger son and heir apparent Tejashwi Yadav, who has been named by the opposition Grand Alliance as its Chief Ministerial candidate, has been trying to woo the voters with his promise of 10 lakh permanent government jobs if the party came to power.

The ruling NDA in the state, which is battling anti-incumbency as well as a rebellion from the LJP headed by Chirag Paswan who has vowed to dislodge JD(U) chief Nitish Kumar from power, has been going all out to thwart the oppositions attempts to cash in on the situation.

She had also charged the RJD with having presided over an “abduction raj”, an indirect reference to allegations of the party maintaining close links with gangs involved in kidnapping for ransom while it was in power from 1990 to 2005. The minister had asserted that economic growth and peoples well being was ensured in Bihar only after the RJD- Congress combine was ousted from power.

WeChat, Wild Rumors and All, Is Their Lifeline. Washington May End That.

Hurricane’s Choice for Texans: Shelter From the Virus or the Storm