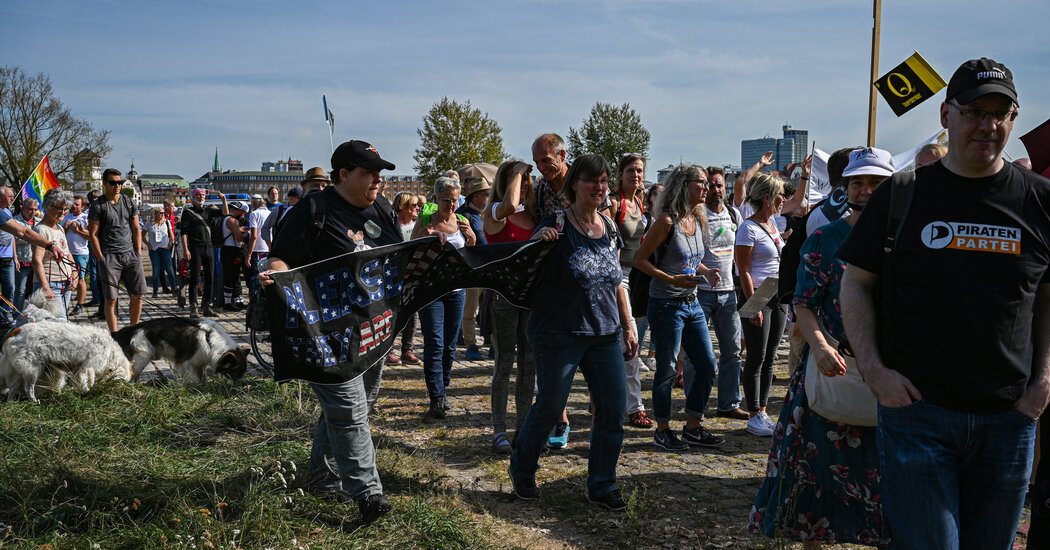 Last Sunday, before Chancellor Angela Merkel of Germany announced a second national lockdown, a homemade bomb exploded in the early morning hours in central Berlin, close to a research institute that tracks virus cases and less than a mile from Ms. Merkel’s office. The bomb produced a flash and a boom but not much else. No one was hurt.

But a note found in the blast’s vicinity made clear that the bomb was more than a juvenile prank: The letter demanded the end of all measures aimed at stopping the spread of the coronavirus, the resignation of the entire government and new elections, the newsmagazine Der Spiegel reported on Thursday. The note also indicated that more of the same would come if the authorities did not meet the demands.

Protests against coronavirus restrictions in Germany have included signs and slogans personally attacking politicians or scientists, but the crude bomb in Berlin and other recent attacks are among the first documented cases of violence directed at the scientific institutes helping to fight the pandemic. One favorite target of demonstrators has been the federal health minister Jens Spahn, who recently tested positive for the virus but said he would return to work next week after quarantining at home.

In a speech to Germany’s Parliament on Thursday, Ms. Merkel condemned the lies and conspiracy theories around the virus, noting that they impeded the fight against the virus.

The police are not saying whether the bomb is linked to two other amateurish attacks directed at the federal scientific authority involved in fighting the coronavirus. Over the past week, the Robert Koch Institute, Germany’s equivalent of the Centers for Disease Control and Prevention in the United States, was attacked several times. Last week, its website, which keeps Germans abreast of the latest infection numbers, was down for several hours because of a cyberattack. Hours before the explosive with the letter went off, attackers threw crude Molotov cocktails at the windows of the institute’s office building until a security guard chased them off.

Ratings for the virtual convention held steady on its second, less-starry night.

For Barr, Standoff With Prosecutor Adds to String of Miscues