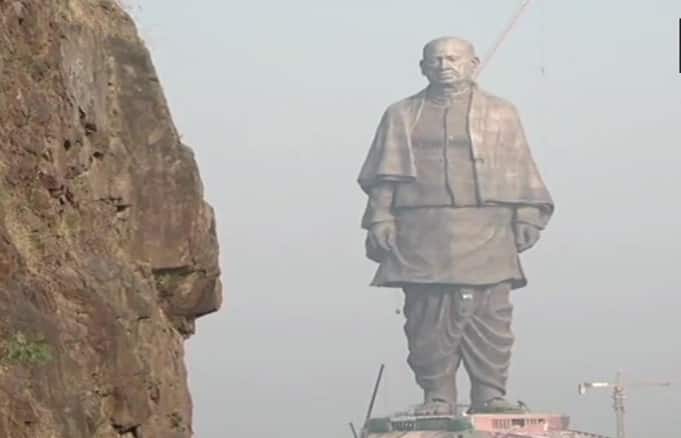 New Delhi: Sardar Vallabhbhai Patel, which is popularly known as the “Iron Man of India”, played a crucial role in the unification of India. His unparallel effort for unity of the nation is celebrated on October 31, the day he was born in 1875, Nadiad, Gujarat as the National Unity Day or Rashtriya Ekta Diwas since 2014.

This year will celebrate the 145th birth anniversary of Sardar Patel, who accomplished the difficult task of bringing 562 princely states into the fold of the Union of India.

To commemorate his incredible effort, an official statement of the Home Ministry said, it “will provide an opportunity to re-affirm the inherent strength and resilience of our nation to withstand the actual and potential threats to the unity, integrity, and security of our country.”

Prime Minister Narendra Modi had unveiled a 182m-tall statue of Sardar Vallabhbhai Patel on October 31, 2018. The Statue of Unity is situated on the bank of Narmada River in Kevadiya, facing the Sardar Sarovar Dam.

Some key facts of Sardar Vallabhbhai Patel are:

2. His father’s name was Jhaverbhai Patel and his mother were Ladba Devi. Maniben Patel and Dahyabhai Patel were his children.

3. In August 1910, he moved to London for studies and completed the 36-month course of advocacy in just 30 months. He returned to India in 1913 and became a barrister in criminal law at Ahmedabad bar.

4. Patel served as the first Indian municipal commissioner of Ahmedabad from 1917 to 1924 and was the president of Municipality from 1924 to 1928.

5. In 1918, Patel launched a movement with the help of farmers and zamindars against the decision of the Bombay Government to recover the tax even after the bad crop season.

6. In 1928, Sardar Patel successfully led the agitation of Zamindars of Bardoli against the increased taxes. After this Bardoli movement, he was awarded the title of “Sardar” (Leader) for his successful leadership.

7. During the 1930 Salt Satyagraha, he was sentenced to three months imprisonment. Later, he participated in Mahatma Gandhi’s individual disobedience and was arrested in 1940 and put behind the bar for nine months.

10. After independence, he served as Deputy Prime Minister, Home Minister, Information Minister, and Minister of State between August 15 1947, and December 15, 1950.

CBSE Board exams for classes 10, 12 cancelled: How students will be graded

‘She Dies Tomorrow,’ ‘Amulet’ and ‘Relic’ Mine the Horror of Isolation