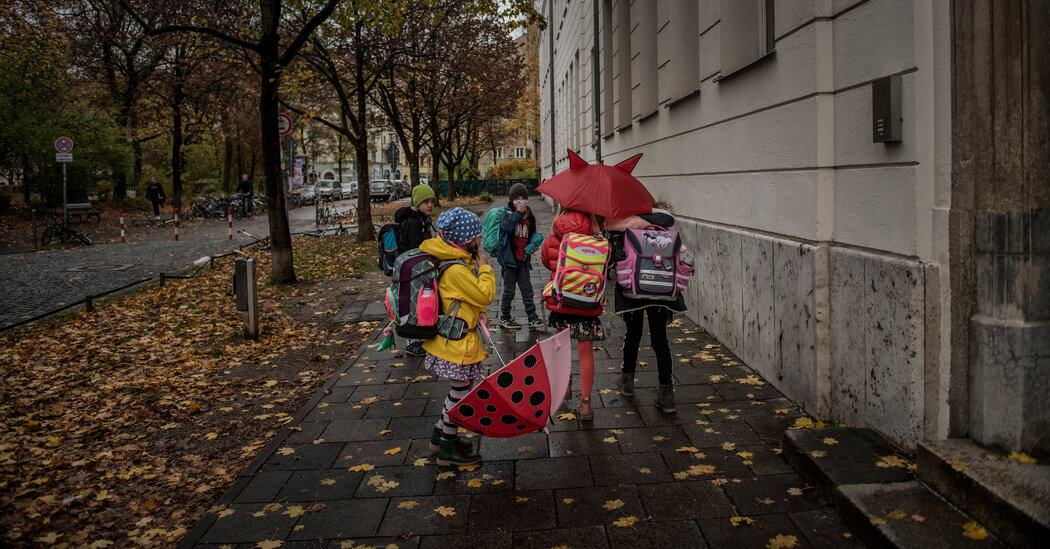 When Chancellor Angela Merkel of Germany announced the latest round of restrictions on public life, she named bars, restaurants, theaters, concert halls, gyms and tattoo parlors as institutions that would be forced to close. But missing from the list released on Wednesday were schools and day care centers — among the first to be shuttered in the spring lockdown.

In France, President Emmanuel Macron also said on Wednesday that schools would be exempt from wide-reaching nationwide restrictions that are to take effect beginning Friday. Ireland also allowed schools to remain open despite a nationwide lockdown that went into effect earlier this month.

Not everyone is happy with the decisions, but policymakers are taking extra precautions to reduce the risk in schools, from mask requirements for teachers and pupils, to regular airing of classrooms, to split use of schoolyards during breaks. They say they are applying hard-learned lessons from months of fighting the pandemic, and are prepared to change directions if things take a turn for the worse.

Micheal Martin, the Irish prime minister, said that while his country could no longer avoid restrictions, despite the detrimental impact on the economy, it was vital that schools remained open.

“We cannot and will not allow our children and young people’s futures to be another victim of this disease,” Mr. Martin said in a national address. “They need their education.”

Medical experts point to many things they now know that were unknown back in the spring: with proper precautions, the rate of coronavirus transmission in schools is relatively low, especially among the youngest students; children who do get infected tend to have mild symptoms; and measures like mask-wearing, social distancing and air circulation are more effective than they had predicted.

But that does not mean open schools are risk-free. While schools are not known to have been a major source of outbreaks in western Europe and the United States, they were in Israel, when it wasn’t implementing social distancing in schools and relaxed a restriction requiring masks.

Election officials were busy counting votes overnight, even as some protests flared.

In U.S.-China Tech Feud, Taiwan Feels Heat From Both Sides