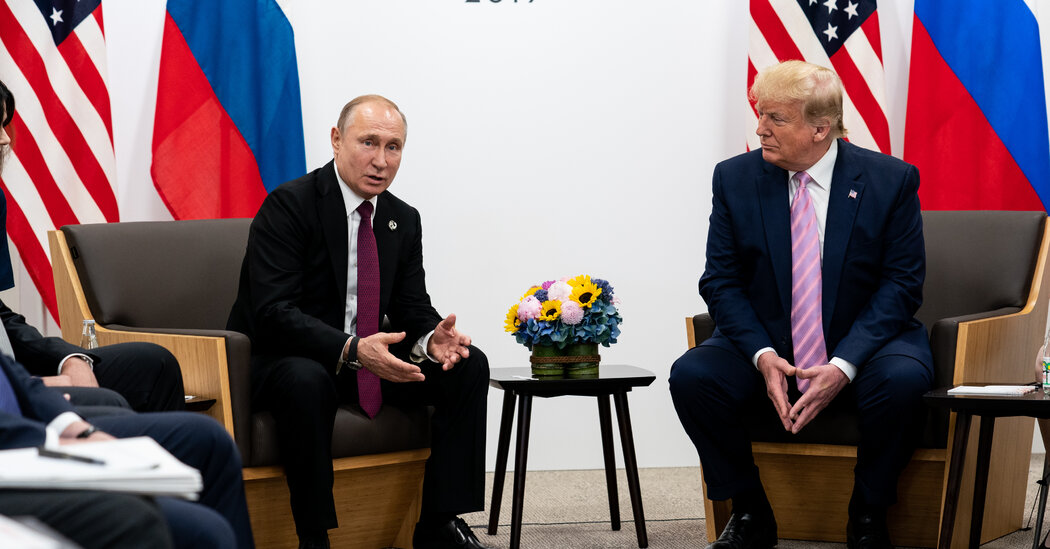 For years, the Kremlin has painted Western democracy as dangerously chaotic compared to what it says is the safety and stability offered by President Vladimir V. Putin. Thanks to President Trump’s unfounded allegations that Democrats stole last week’s presidential election, the Kremlin now has a fresh chance to claim vindication.

On Monday, a spokesman for Mr. Putin said Russia will not recognize Joseph R. Biden Jr. as president-elect until Mr. Trump’s court challenges to the election results run their course.

“We believe it would be proper to wait for an official announcement” of the election results, Mr. Putin’s spokesman, Dmitri S. Peskov, told reporters. “There are certain legal procedures pending that were announced by the current president.”

Mr. Peskov sought to couch the delay as a technical matter of diplomatic protocol, and pledged that Mr. Putin would be ready to work with “any elected president of the United States.” But after a weekend during which leaders around the world congratulated Mr. Biden on his electoral victory — even close allies of Mr. Trump like Prime Minister Benjamin Netanyahu of Israel — it was clear that the Kremlin was jumping at an opportunity to criticize the United States rather than to try to improve ties.

In unison, Russian officials and state-controlled media echoed Mr. Trump’s depiction of the election as riddled with widespread fraud. On the flagship weekly news program on state television on Sunday night, the host, Dmitri Kiselyov, said the election showed the United States to be “not a country but a huge, chaotic communal apartment, with a criminal flair.” And on a political talk show, Oleg Morozov, a lawmaker, said American democracy had deteriorated to the point that “one can manipulate it, tune it and tamper with it to achieve certain result.”

In Russia, elections are tightly scripted, with challengers to the ruling party winning in very rare cases and popular opposition politicians generally unable to get on the ballot. But on Monday, Ella A. Pamfilova, the head of Russia’s Central Election Commission, also sounded off on the superiority of the Russian governance. She said she had studied mail-in voting and decided against using in Russia because it made it too easy to cheat.

“This anachronism in its American version opens up boundless possibilities for potential fraud,” she told Tass, a state-run Russian news agency, of voting by mail. “It turns out I was right — what’s going on now in the United States is the best illustration of that.”

There Was No Deleting His Dating Profile

The Challenges of the Pandemic for Queer Youth

The C.D.C. updates its definition of ‘close contact’ in relation to infection risk.