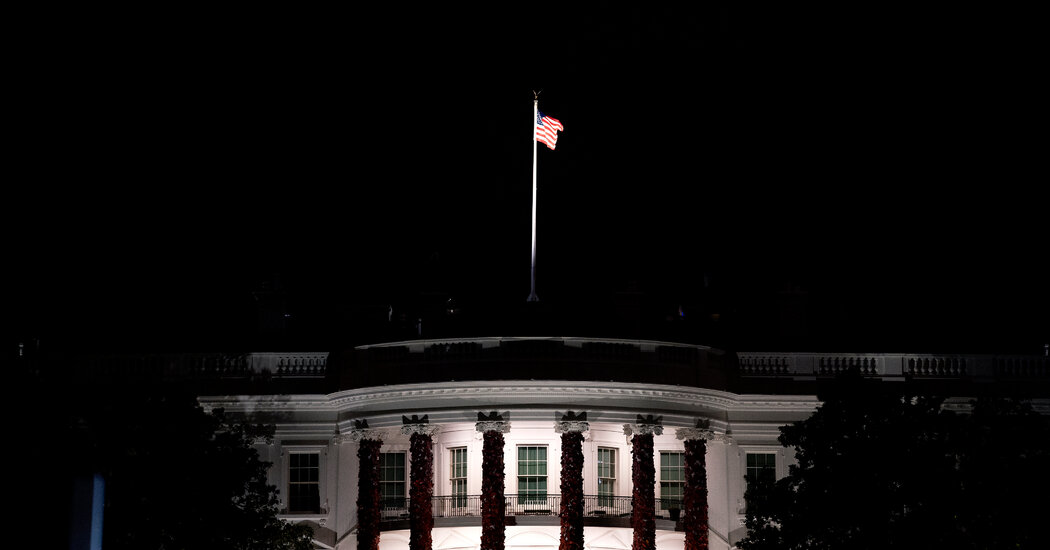 WASHINGTON — The White House has removed the scientist responsible for the National Climate Assessment, the federal government’s premier contribution to climate knowledge and the foundation for regulations to combat global warming, in what critics interpreted as the latest sign that the Trump administration intends to use its remaining months in office to continue impeding climate science and policy.

Michael Kuperberg, executive director of the U.S. Global Change Research Program, which produces the climate assessment, was told Friday that he would no longer lead that organization, people with knowledge of the situation said.

According to two people close to the administration, he is expected to be replaced by David Legates, a deputy assistant secretary at the National Oceanic and Atmospheric Administration who previously worked closely with climate change denial groups.

Dr. Kuperberg’s departure comes amid a broader effort, in the aftermath of Mr. Trump’s defeat last week by President-elect Joseph R. Biden Jr., to remove officials who have fallen afoul of the White House. Also on Friday, Neil Chatterjee, head of the agency that regulates the nation’s utility markets, was demoted by the White House, after he publicly supported the use of renewable power.

In a message to colleagues, Dr. Kuperberg said he was returning to his previous job at the Department of Energy. He was removed from the list of staff on the research program’s website on Monday.

Dr. Kuperberg did not respond to requests for comment. The Global Change Research Program reports to the White House Office of Science and Technology Policy. Asked why Dr. Kuperberg had been removed from the role, Kristina Baum, a spokeswoman for that office, said on Monday that “we do not comment on personnel matters.”

Dr. Kuperberg’s dismissal appears to be the latest setback in the Trump administration for the National Climate Assessment, a report from 13 federal agencies and outside scientists that the government is required by law to produce every four years. The most recent report, in 2018, found that climate change poses an imminent and dire threat to the United States and its economy.

A biased or diminished climate assessment would have wide-ranging implications.

It could be used in court to bolster the positions of fossil fuel companies being sued for climate damages. It could counter congressional efforts to reduce emissions of carbon dioxide into the atmosphere, where it contributes to global warming.

And, ultimately, it could weaken what is known as the “endangerment finding,” a 2009 scientific finding by the Environmental Protection Agency that said carbon dioxide and other greenhouse gas emissions pose a threat to human health and therefore are subject to government regulation. Undercutting that finding could make it more difficult to fight climate change under the terms of the Clean Air Act.

The agency most involved in that report is the National Oceanic and Atmospheric Administration, the country’s premier climate science agency. In September, the White House installed at NOAA new political staff who have questioned the science of climate change. People familiar with the administration’s strategy said the aim was to use NOAA’s influence to undercut the National Climate Assessment.

“They’re trying to just do a takeover of all this stuff so they can control the National Climate Assessment thinking,” said Judith Curry, a former chairwoman of the School of Earth and Atmospheric Sciences at the Georgia Institute of Technology, in an interview Monday.

One of the new political hires was Dr. Legates, a professor at the University of Delaware’s geography department and now a deputy administrator at NOAA who has worked closely for years with climate denial groups and has argued that carbon dioxide “is plant food and not a pollutant.” Dr. Legates is now being considered to take Dr. Kuperberg’s position as head of the Global Change Research Program, according to two people including Myron Ebell, a director at the Competitive Enterprise Institute and a former member of Mr. Trump’s transition team.

Mr. Ebell, whose organization has championed the appointment of Dr. Legates and others who question the established science of climate change, said the intention is for him to lead the program while continuing to hold his position at NOAA. “It might be a short-term appointment,” Mr. Ebell said, given the election of President-elect Biden, who has said he will embrace aggressive efforts to tackle climate change.

“If he only directs it for two months and a week, then he may not get very far, but let’s see what can get done in two months. Maybe the next administration will throw it all away, but maybe some changes will be adopted, who knows,” Mr. Ebell said.

Marc Morano, a prominent denier of established climate change science, cheered the departure of Mr. Kuperberg and said he expects Mr. Legates to be named. “The Trump administration is ‘listening to the science’ by clearing out the anti-science promoters of extreme climate scenarios. These moves are long, long overdue,” he said.

Dr. Legates did not respond to a request for comment.

Federal employees, who asked not be identified because they were concerned about retaliation from the White House, said they worried that the administration’s goal in removing Dr. Kuperberg was to make it easier to pick authors for the report who also question the severity of climate change. Those who have publicly attacked climate science, like Mr. Ebell and Mr. Morano, said that is the goal.

While the incoming Biden administration could reverse those decisions, doing so would slow down the production of the climate assessment. The next edition, which was supposed to be released by 2022, has already been pushed back to 2023.

Dr. Kuperberg’s removal isn’t the only example of the Trump administration taking steps that could impede climate policy in its final months.

Mr. Chatterjee, a Republican who was demoted Friday as chairman of the Federal Energy Regulatory Commission, had recently drawn White House ire. He had supported a series of proposals that would expand use of large-scale battery storage in power grid, thus encouraging the use of wind and solar power, while allowing electric utilities to charge a user fee for power generated from coal and natural gas, which would discourage the use of those fossil fuels.

Like the findings of the National Climate Assessment, the moves by Mr. Chatterjee were at odds with Mr. Trump’s policies, which have been aimed at aggressively increasing the use of coal and other fossil fuels, chiefly by reducing regulations. The White House replaced Mr. Chatterjee as chairman of the panel with another member of the commission, James Danly, who has opposed efforts to promote renewable power.

“It is 100 percent retribution,” said Mr. Chatterjee in a telephone interview, of the White House move to demote him from his chairmanship. “This validates my independence and integrity. I’m going to hold my head up high.”

A White House spokesman, Judd Deere, said that the White House would not comment on personnel matters. Mr. Chatterjee will remain on the five-member commission, and said he intends to serve out his current term, which ends in June.

Rachel Licker, a senior climate scientist at the Union of Concerned Scientists, criticized the actions of Trump administration officials. “Even in their final days, they are continuing to attempt to bury the overwhelming scientific consensus on climate change.”

Only 9 Trials in 9 Months: Virus Wreaks Havoc on N.Y.C. Courts

Unlock 5.0: Schools, colleges unlikely to reopen in this state from November 17 –...

A Battle Over the Battle for the Supreme Court

Modi government failed in COVID-19 management, Pakistan did better than us: Shashi Tharoor at...

Djokovic and Top Men’s Players Are Creating a Players Association