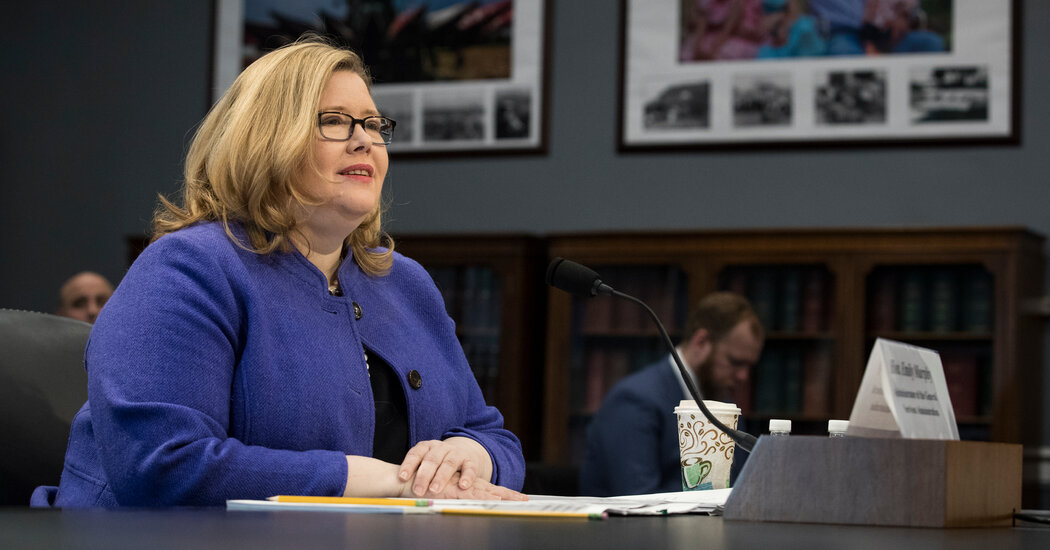 Transition officials for President-elect Joseph R. Biden Jr. called on a top Trump administration appointee on Monday to end what they said was unwarranted obstruction of the money and access that federal law says must flow to the winner of a presidential election.

The officials, speaking on background to reporters on Monday night, said it was nearly unprecedented for Emily W. Murphy, the administrator of the General Services Administration, to refuse to issue a letter of “ascertainment,” which allows Mr. Biden’s transition team to begin the transfer of power.

By law, Ms. Murphy, the head of the sprawling agency that keeps the federal government functioning, must formally recognize Mr. Biden as the incoming president for his transition to begin. It has been three days since news organizations projected that he was the winner of the election, and Ms. Murphy has still not acted.

The transition officials said her inaction was preventing Mr. Biden’s teams from moving into government offices, including secure facilities where they can discuss classified information. The teams cannot meet with their counterparts in agencies or begin background checks of cabinet nominees that require top-secret access.

A White House official pointed out, as several Trump allies have, that the transition after the 2000 election was delayed by the court fight between the campaigns of Vice President Al Gore and Gov. George W. Bush of Texas over several weeks. The official said it would be strange for President Trump to send some kind of a signal to allow the transition to start while he was still engaged in court fights.

But Mr. Biden’s aides said that the dispute in 2000 involved one state with only about 500 ballots separating the winner and loser, far less than in the current contest. In every other presidential race for the past 60 years, the determination of a winner was made within 24 hours, the aides said — even as legal challenges and recounts continued for weeks.

A White House spokeswoman did not immediately respond to a question about whether Mr. Trump was willing to let Ms. Murphy begin the transition without a concession from him.

Radio Disney, Launching Pad for Young Stars, Will Shut Down Next Year

A Genius Method for Making Latkes

The Science of School Reopenings

Radio Disney, Launching Pad for Young Stars, Will Shut Down Next...

A Genius Method for Making Latkes