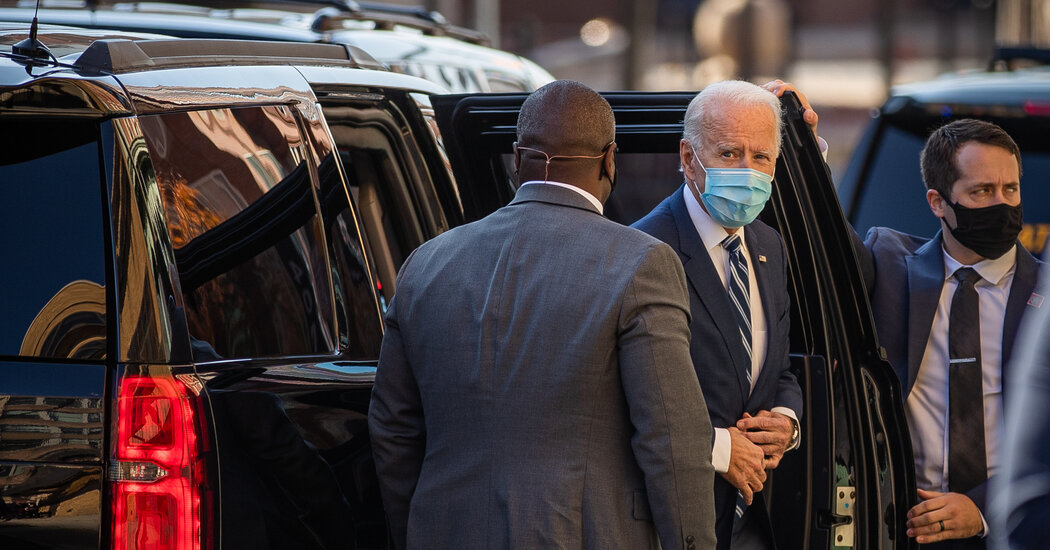 For months, Joseph R. Biden Jr. campaigned in part on a simple promise: Elect him, and the chaos and confusion, hirings and firings and the unending stream of derisive tweets would end. And in the first workday of the transition, the dichotomy in style between President-elect Biden and President Trump came once again into stark relief.

Just minutes after Mr. Biden held a news conference to address his plans for confronting the coronavirus pandemic, Mr. Trump announced on Twitter that he had fired his defense secretary. And he continued to be active on his favorite social media platform on Monday, offering more unsubstantiated and false claims of election fraud, as news broke of additional coronavirus cases within his inner circle, including Ben Carson, the secretary of housing and urban development.

By contrast, Mr. Biden and his team continued to offer measured statements as they began to sketch out their transition plan and build their team. The president-elect unveiled a 13-person virus-task force while continuing to urge Americans to wear masks and seeking to temper expectations about a virus vaccine that has shown positive early results.

“It’s clear that this vaccine, even if approved, will not be widely available for many months yet to come,” Mr. Biden said about a vaccine made by Pfizer. “The challenge before us right now is still immense and growing.”

Even as Mr. Biden pressed ahead with his transition plans, the Trump campaign and its allies were continuing their frenetic fight to challenge the results of the election, which Mr. Trump has lost. On Monday, the Trump campaign announced it had filed a lawsuit in Pennsylvania asserting that ballots cast in person there were scrutinized more closely than those sent by mail.

And by the end of the evening, Attorney General William P. Barr had issued a memo authorizing federal prosecutors to investigate some allegations of voter fraud — a move that broke with the Justice Department’s longstanding policies intended to prevent law enforcement from affecting the outcome of an election. The move also prompted the Justice Department official who oversees investigations of voter fraud, Richard Pilger, to step down from his post within hours.

The leadership of the Republican Party also joined Mr. Trump in refusing to concede defeat, signaling the potential for a continued struggle in the days and weeks ahead.

In his first comments since Mr. Biden was declared the winner of the election, Senator Mitch McConnell of Kentucky, the majority leader, argued that the president was “100 percent within his rights” to challenge its outcome.

Erroneous Absentee Ballots in N.Y.C.: Here’s What We Know