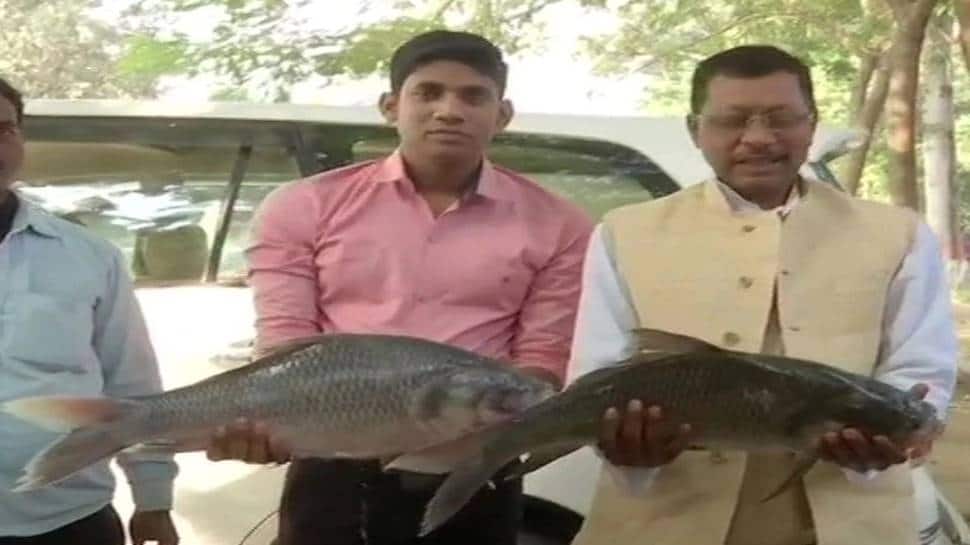 Patna: Even as counting in underway for Bihar’s 243-Assembly House, party supporters have been lining up outside RJD in anticipation of a celebration.

After the exit polls unanimously predicted high vote count in favour of Tejashwi Yadav-led Grand Alliance, supporters and well wishers have been queing up to wish the 31-year-old CM candidate good luck.

Some supporters were seen bringing live fish to the residence of the RJD scion to show their solidarity.

In photos and videos that have now become viral, Yadav’s supporters can be seen with fish right outside his house.

Speaking to media persons, an RJD supporter from Samastipur district who had brought the fish said that the fish brought good luck. He said that all Tejashwi needed to do was take a look at the fish and his luck would change.

Apparently they had ‘gifted’ fish in 2015 too and the then coalition had won the elections. In 2015, the six-party Mahagathbandhan dubbed the “Janata Parivar” led by RJD and Janata Dal (United) chief Nitish Kumar won the Legislative Elections. But the happiness was short lived as two years later Kumar resigned from the coalition and joined the NDA.

Meanwhile, counting is underway in 55 polling centers across Bihar.