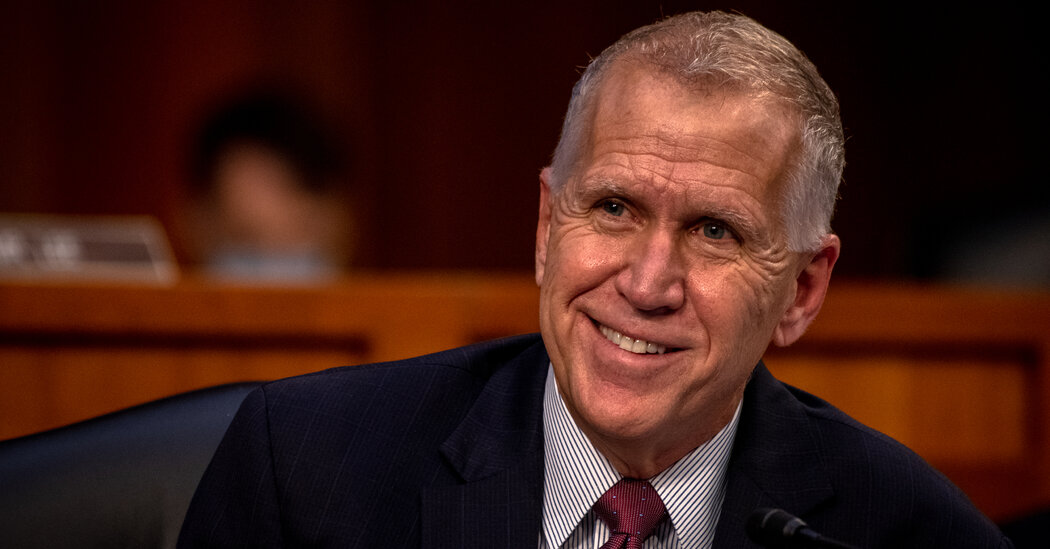 Cal Cunningham, the Democrat challenging Senator Thom Tillis, Republican of North Carolina, conceded the race on Tuesday after a protracted vote count, as the incumbent appeared headed for a narrow victory in a crucial swing state that would bolster his party’s hold on the Senate.

Mr. Tillis, 60, had been one of the Democrats’ top targets this year, a decidedly unpopular first-term Republican in a fast-growing and increasingly competitive state. But he was able to capitalize on unexpected Republican strength in North Carolina to outrun Mr. Cunningham, who was damaged by late revelations of an extramarital affair.

With a vast majority of votes counted, Mr. Tillis was leading by just under 100,000 votes, according to Edison Research, in an election that drew more voters and political spending than any in the state’s history. Mr. Tillis took a lead on election night and never lost it, but because of an influx of mail-in ballots, the result was still not official on Thursday, long after most other races were called.

Mr. Cunningham said in a statement on Tuesday that the election results suggested “there remain deep political divisions in our state and nation.” He added that he would “always be proud of the work we did together to lift up the voices of North Carolinians who feel left behind by our politics.”

The result was a relief for Republicans, who viewed the seat as a potential tipping point whose loss could have cost them control of the Senate. A win by Mr. Tillis would give Republicans 49 Senate seats to Democrats’ 48. Another race remained uncalled in Alaska, where Senator Dan Sullivan, a Republican, is favored to win.

Either way, Mr. Tillis’s apparent victory only increased the already towering stakes of a pair of January Senate runoffs in Georgia, where a clean sweep by Democrats could hand them a working majority, with Vice President-elect Kamala Harris empowered to cast tiebreaking votes.

Republicans view that outcome as a long shot in a state they have historically dominated, but both parties were already pouring tens of millions of dollars into the races and honing messages to try to frame the holiday-season fight.

What Should Companies Do on Juneteenth?

You May Not Know This Pandemic Winner, but Your Tween Probably Does