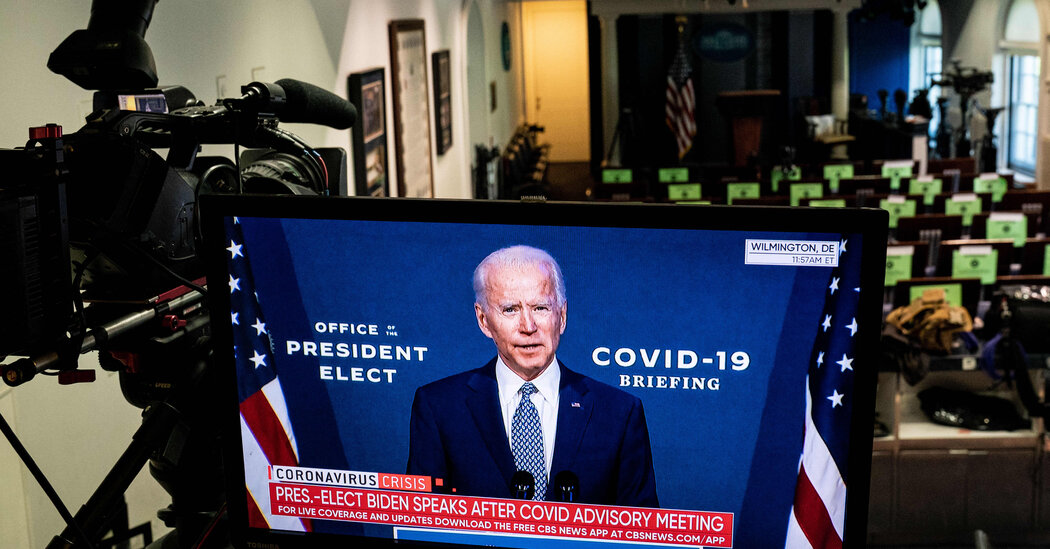 Mr. Biden has yet to receive a presidential daily briefing, and it was unclear whether his team would have access to classified information, the most important pipeline for them to learn about the threats facing the United States.

Like previous presidents-elect, Mr. Biden is receiving Secret Service protection, and a no-fly zone has been established over his home in Delaware. But if Mr. Trump’s administration continues its refusal to recognize Mr. Biden as the winner, it could complicate his security until his inauguration.

Here are some of the issues at play:

Mr. Trump can prevent Mr. Biden and his aides from receiving the presidential daily briefing, the compendium of the government’s latest secrets and best intelligence insights, for the entire transition. No law states that Mr. Biden must receive it, though under previous administrations dating to at least 1968, presidents have authorized their elected successors to be given the briefing after clinching victory.

Previous presidents considered it good governance, said David Priess, a former C.I.A. officer and the author of “The President’s Book of Secrets,” about the daily brief.

“As with so many norms and traditions, it is hard to say it will happen with this president,” Mr. Priess said.

Mr. Trump’s indifference to norms is a central theme of his presidency, making him unlikely to begin following them now that he has lost the election.

In the aftermath of the contested 2000 election, while votes in Florida were being recounted, President Bill Clinton authorized George W. Bush to receive the President’s Daily Brief. As vice president, Al Gore already had access to the intelligence.

Along with the presidential daily briefing, transition team officials need to have access to classified information at intelligence agencies, like the C.I.A., to make staffing decisions and begin planning for the administration.

On this front, Mr. Trump can make it much more difficult for the Biden team to gain access to those materials. Under law, the Trump administration must formally recognize Mr. Biden as the president-elect to share classified information with his team. That decision is typically made by the head of the General Services Administration, a little-known government agency that oversees the transition. The head of that agency, Emily W. Murphy, is a Trump political appointee who so far has declined to designate Mr. Biden as the president-elect. As long as the G.S.A. refuses to recognize Mr. Biden, the team cannot legally view the materials.

Former vice presidents like Mr. Biden do not receive full-time Secret Service protection, but Mr. Biden has had a protection detail since earlier this year. The Secret Service also extended the no-fly zone over Mr. Biden’s home to cover an entertainment complex in downtown Wilmington, Del., where he addressed the nation on Saturday night.

But if the Trump administration — through the G.S.A. — continues to not recognize Mr. Biden as the president-elect, it is likely to stymie the typical transition that occurs between Mr. Biden’s temporary security detail and the one specifically devised to protect presidents, known as the Presidential Protection Division. Under previous administrations, the Secret Service has had the two teams begin working together during the transition with the incoming president’s detail becoming increasingly made up of Presidential Protection Division agents and officers as Inauguration Day approached. Such a handoff requires significant resources and changes in personnel work hours, and former agency officials say the Secret Service is highly unlikely to begin that transition unless the G.S.A. has authorized it.

I Used a Sperm Donor. Should I Introduce My Daughter to Her Half Siblings?

Debate Live Rules: What Are They?