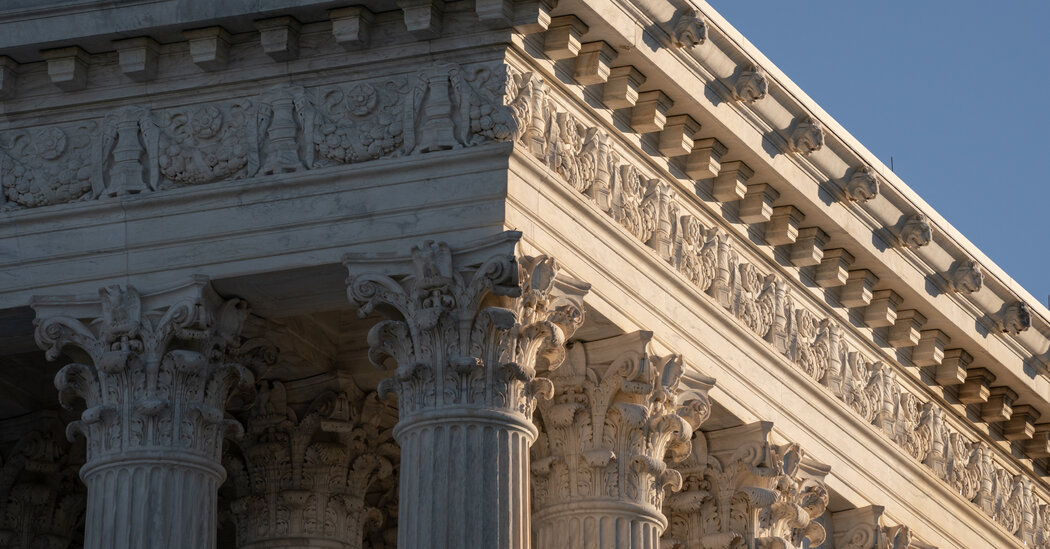 Today, the newly constituted Supreme Court will hear a challenge to the Affordable Care Act — the seventh in eight years. It is the most challenged statute in modern American history. In addition to the Supreme Court cases, there have been more than 1,700 cases in the lower courts; Republicans in Congress have tried more than 70 times to repeal it; the Trump administration has engaged in an unprecedented array of executive actions to undermine the insurance markets and financially starve the law; red states rebelled against it from the day it was passed; and state initiatives have been enacted by supporters to force states to effectuate it.

And still the Affordable Care Act, which may be the most resilient statute in American history, has done more than survive: It has transformed our health care system and the way Americans think about their right to care. Even prominent Republicans like Eric Cantor, the former House majority leader, have concluded that we cannot go back to the era before the law, when millions fewer people had access. Yet here we are again, at the Supreme Court, for a case so weak that even many conservative legal scholars who oppose the law also oppose the lawsuit.

What is at stake is even more than the nearly one-fifth of our economy that the health care industry represents and what has become a new baseline on coverage for Americans. It is democracy, and the court’s duty to leave political decisions to the elected branches of government.

The legal doctrine of “severability” — at the center of the new case — became something of a household name at the Amy Coney Barrett confirmation hearings. The doctrine requires courts to leave the remainder of statutes standing when one provision is invalidated, unless Congress has clearly indicated otherwise. It requires courts to respect Congress’s actions — and Congress did not wipe the entire law off the books. The Supreme Court, under the settled doctrine, should not either.

The main issue is Congress’s amendment to the Affordable Care Act in 2017. After all those failed attempts to “repeal and replace” the law, Congress was only able to cobble together the votes to zero-out the tax penalty associated with the unpopular insurance mandate — the requirement that everyone get insured or pay a tax.

The Trump administration’s Justice Department and 18 primarily red states are arguing that with no penalty, the mandate is no longer a tax and so is now unconstitutional — because in 2012 the court upheld the mandate under Congress’s taxing power. But that matters little. The mandate has never been fully enforced, and markets have adjusted to a world without it. What matters is that the challengers are also arguing the entire Affordable Care Act is so tied to the mandate that all the other programs in the over 2,000-page law should be struck down with it.

In other words, they are using a challenge to a now insignificant piece of the act to blow it all up.

This is bad enough, but it’s worse because Congress has already spoken. Sometimes the severability inquiry requires the court to guess what Congress would have wanted to happen to the rest of a law without the offending provision. In the Affordable Care Act case, no guessing is necessary. It was the 2017 Congress itself that rendered the mandate unenforceable; Congress therefore itself determined the law could function without it and left the rest of it standing.

That should be the end of it under the settled legal rule. It doesn’t matter if anyone took a different position in 2010 when the law was enacted, or even in 2012, when the court decided the first case. The Constitution requires that later Congresses are always allowed to make new decisions and change laws — and the 2017 Congress did so with the benefit of years of experience with the Affordable Care Act. That’s why the case has angered even legal scholars who led previous challenges to the act — because it threatens the separation of powers and asks the court to usurp Congress’s role.

We also heard a lot at the Barrett hearings about textualism — a preferred method of statutory interpretation for some justices. But the challengers are dangerously trying to manipulate the act’s text to argue that Congress somehow told the court to strike down the entire law. Congress did no such thing.

Congress knows plenty well how to direct the courts to render statutes inseverable when it wants to — how to direct courts to strike down whole statutes when a single provision is invalidated. Congress speaks directly to the point when it does this, and always uses the same basic phrasing, including the word “invalid” — entirely missing from the relevant provisions of the Affordable Care Act.

This is where textualism is especially important: All of the justices have agreed that when Congress shows it knows how to draft something expressly, we don’t imply it elsewhere.

What would an adverse ruling in this case mean? We now take countless things for granted that come from the law and that so many Americans — not just those on public programs — benefit from: insurance covering childhood vaccines, colorectal cancer screenings with no co-pay, no annual caps on insurance, older people’s vastly expanded drug coverage, no denials based on pre-existing health conditions and much more. All of that and more will be gone if the court strikes down the law.

What about the 12 million people who got additional drug benefits under Medicare, estimated to be worth more than $2,000 per person? Nine million people got subsidies to help them buy insurance in the private market. They would also lose their coverage.

A recent Brookings paper details the havoc that an adverse ruling would wreak on the hospital system, whose payment structures would be upended, and on the states, 36 of which (as well as Washington, D.C.) have expanded Medicaid and whose budgets would be shrunk by billions. Other government programs would be seriously disrupted — for example, the act so fundamentally changed Medicare payment rules that it’s not even clear how they could be reconstituted or how the $800 billion in payments a year at stake could go to providers and insurers in the meantime.

The Affordable Care Act is not perfect and should be improved. But the place for that is in the democratically elected branches of government — the president and Congress — not the courts.

Abbe R. Gluck, a law professor and faculty director of the Solomon Center for Health Law and Policy at Yale Law School, is a co-author of “The Trillion Dollar Revolution: How the Affordable Care Act Transformed Politics, Law, and Health Care in America.”

‘Finally the Country Sees Us’: Some Women of Color Cheer Harris’s Rise

Did It Hit 3%? Why Parents and Teachers Are Fixated on One Number

Donald and Joe Are Ready to Go